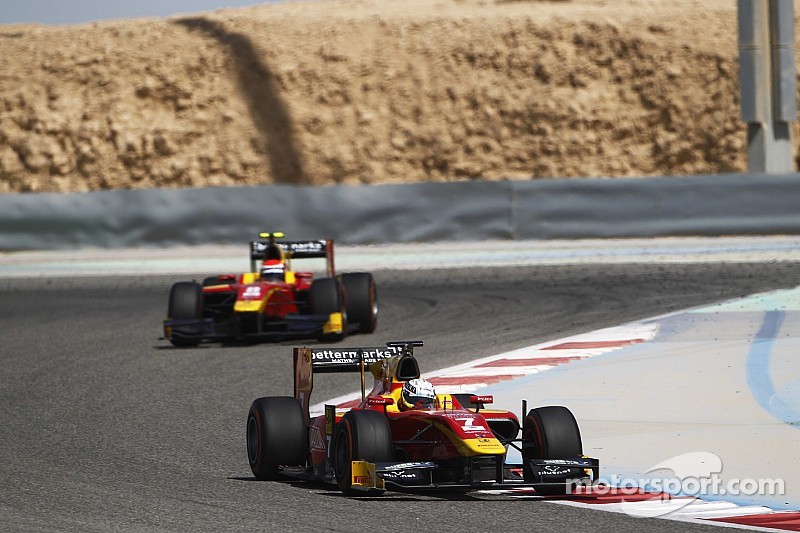 Jordan King led a Racing Engineering one-two in the first GP2 practice session of the year at Bahrain, edging out teammate Alexander Rossi by just a hundredth of a second.

With the drivers focussing on long runs for most of the session, the quickest times all came within the first 15 minutes of running.

Rossi established initial benchmark of 1m42.451s in the opening stages of the session, which went unbeaten until King managed to set a time 0.010s faster, demoting the Californian to second.

Stoffel Vandoorne meanwhile was fourth fastest, 0.171s off the pace, the Belgian’s session coming to a premature halt as his ART Grand Prix-run car suffered oil pressure failure with seven minutes of the session remaining.

Campos drivers Arthur Pic and Rio Haryanto completed the top six, ahead of Lynn’s DAMS teammate Pierre Gasly, Mitch Evans (Russian Time), Raffaele Marciello (Trident) and Nobuharu Matsushita in the second ART car, all of whom managed to get within a second of King’s best time.

GP2: The eleventh season kicks off this weekend at Sakhir