Kirchhofer set to leave single-seaters for GTs in 2017 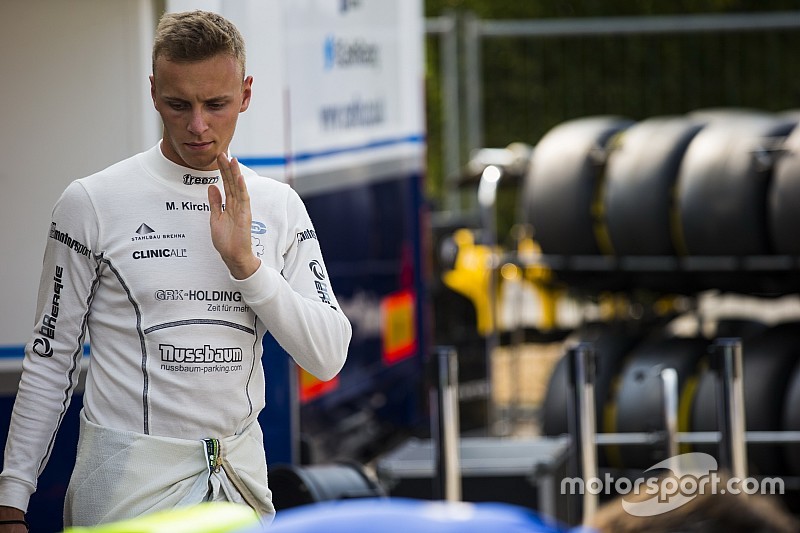 Former GP3 star Marvin Kirchhofer has revealed he will not return to GP2 this season, and will most likely instead race GT cars in 2017.

He then stepped up to GP2 for 2016 with Carlin, but finished only 17th in the standings despite finishing second in the Monaco sprint race.

Kirchhofer has told Motorsport-Magazin.com that he will not continue in GP2 for another year.

Instead, he plans to start a career in GT racing, most likely starting in the German-based ADAC GT Masters series, or possibly Blancpain GT.

"The ADAC GT Masters series would be an obvious pick to me as a German driver, and Blancpain is also interesting," he said.

"It's very difficult to prove your talent at this level," he added. "When everyone is able to drive well, success is automatically connected to who has the better car and who can afford it.

"The money we spent on GP2 could have been saved, but in retrospect you are always smarter. At the end of the day it was a difficult year, but I have learned a lot and I'm looking forward to my new job."

Kirchhofer's long-term goal is racing in Formula E, as he attempts to emulate Robin Frijns and Maro Engel, who have also entered the series from GTs.

"Some drivers have shown that it is possible to make it into Formula E if you are successful in GTs," said Kirchhofer.

"Formula E is a good series for young drivers to prove themselves. If a door opens, I'd be happy to take the opportunity."

Opinion: Why GP2 needs to become more like Moto2