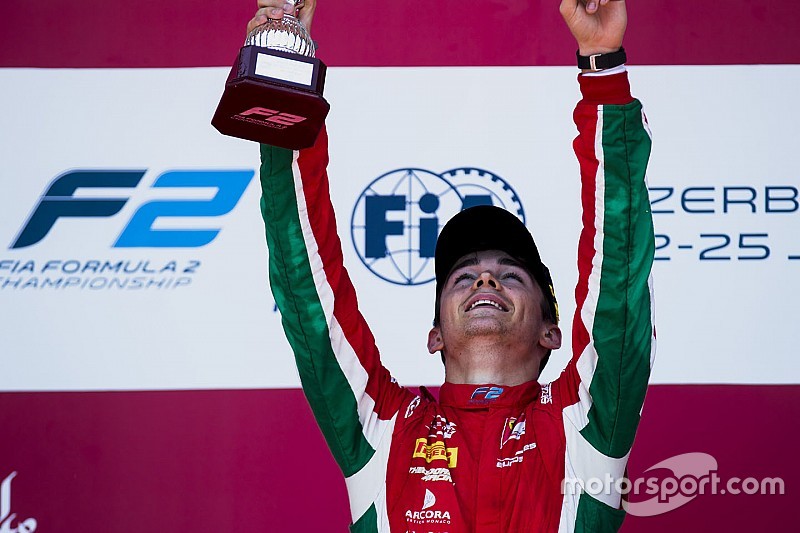 In his latest column for Motorsport.com, Prema driver Charles Leclerc talks about putting together a near-perfect F2 weekend in Baku just a few days on from the tragic loss of his father.

Coming into the weekend, it obviously was quite hard to focus 100 percent on the racing, given the circumstances.

It's impossible to forget the huge loss I had in my family earlier that week, and my mind wasn't fully at the track initially.

I struggled to sleep on Thursday night and we had quite a bad free practice session to start off the round, but the results were strong from that point on – and it was good, in the end, for the team to bounce back from the misfortune of the Monaco weekend.

In at the deep end 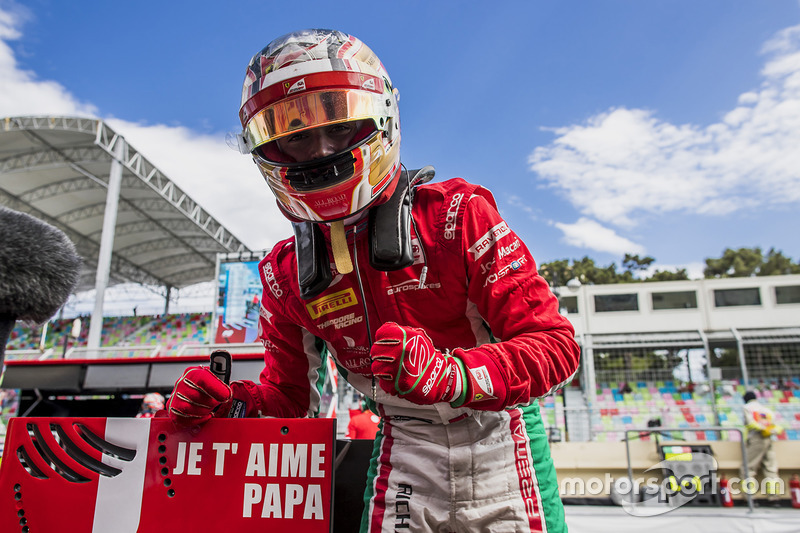 The Baku street circuit's not an easy track – the corners are quite hard, there's a very tight section and the grip is very low – so it's understandable why there were so many stoppages in practice, but it didn't really help.

I knew we had the potential for pole or, well, I knew the car could do it. But after just three or so push laps in practice, on a track I didn't really know, it was very difficult to put everything together in qualifying, to have to go for that one perfect lap.

In the end, we managed qualifying very well. I wanted to be free of traffic on the first run, just to make sure I could do a complete lap of learning, without having to back off.

The second run was a little bit more in traffic, but I managed to pick up some slipstream and ended up on pole through a lap I was very happy with.

Strangely, it was also probably the most difficult moment of the weekend emotionally. After the pole lap, it was quite bad sitting in my car with my helmet on, because I was thinking about my father, and it was tough. 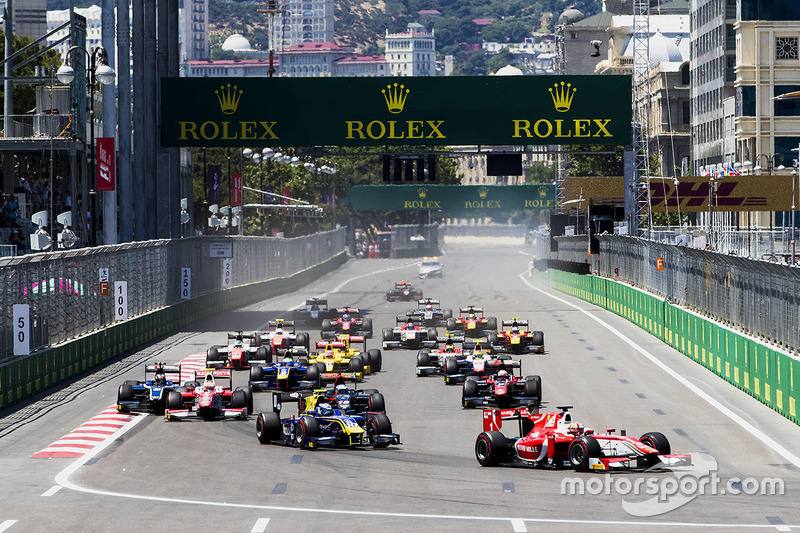 Charles Leclerc, PREMA Powerteam leads Nicholas Latifi, DAMS and the rest of the field at the start of the race

We got another good start from pole in the Saturday race, which was great because it shows that our work has been paying off. In GP3 last year, I wasn't at the top of my game when it came to starts, but I have worked a lot in that regard and the team has given me some good tips.

However, right away there was a safety car. I was definitely a bit concerned because on restarts in Baku it is quite hard to stay in the lead for the first corner, when everyone is picking up your slipstream and you don't have anybody in front.

But myself and the team, we have spoken a lot about this particular matter before the race, because we knew it would be crucial after all the red flags in practice. And it seemed to work out well.

During the pitstop, I headed out of my pitbox as normal when I was given the green light. But I always check my right-side mirror when I do that, and this time I saw another car coming and I stopped. It was fortunate, as I think we would've had a penalty otherwise.

There was another safety car then, and I was now following Luca Ghiotto, who had stayed out on an alternate strategy. Ralph Boschung had done the same and was running between me and my closest same-strategy rival, Nyck de Vries.

Nyck soon passed Ralph, and when I got a little bit blocked behind Luca, who was very quick on the straight, Nyck was now right behind us. But the lap when DRS was enabled, Luca pitted anyway and I could now manage my race in front.

As the red flags came out in the final laps, I had no idea whether the race was over, so it was quite stressful – as going back out would've meant another safety car restart, where the chance of losing the lead would've been quite high. But the result was called then and there. 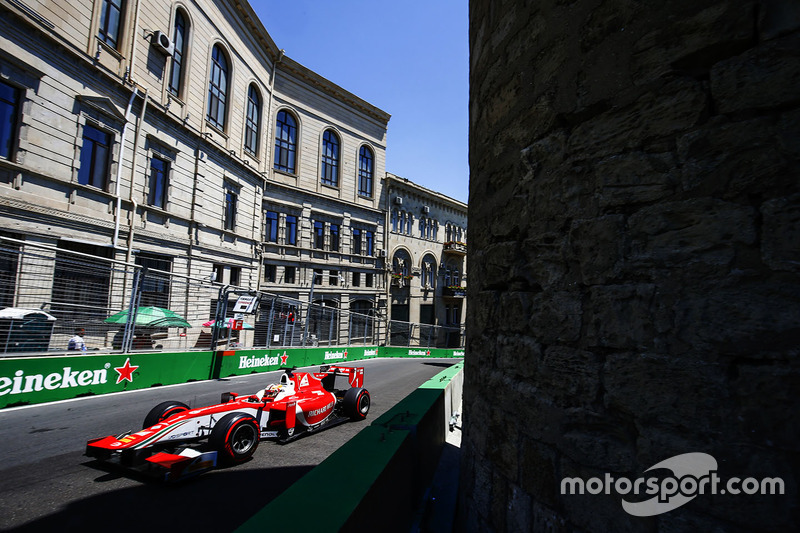 For the second race, we had a clutch setting that wasn't quite on the right point, but we didn't lose much time at the start. But at Turn 2 I ended up in the wrong place at the wrong moment, blocked by people who were themselves blocked on the outside line as the drivers on the inside moved a lot quicker.

That cost me a couple of places, and the first few laps were a bit frustrating, as everyone was getting DRS on each other ahead and it was nearly impossible to overtake on the straight.

But at one point some drivers started dropping out of the DRS zone and that allowed us to get on with our race. I got past Artem [Markelov], which was quite close at the end of the straight as he ducked into the slipstream and tried to re-pass, but we stayed ahead.

It was qualy laps every lap to try to get back as many positions as possible, to try to win the race. When I saw the gap in front after passing Artem, I knew it would be very hard, perhaps impossible.

I had to push like crazy, and that's what I did; I took huge risks every lap to catch up as much as possible and try to get two wins.

As I moved up the order, there were yellow flags out at Turn 3 for Nyck. On that lap, I was finally in clean air so I gained a lot of time in that sector. I lifted off, for six or seven tenths, in that corner, but I gained more than that in the other five turns, so the sector time came up green – and we don't have mini-sectors in F2.

So even though we ended up first at the flag, there was a penalty that eventually dropped us to second.

The penalty I completely understand, as Oliver Rowland was penalised in this exact same situation the day before and it wouldn't be fair to let me off the hook. But I definitely think something has to be done for this not to happen. Oliver and I have followed the rules and we shouldn't be penalised for that.

In the end, it wasn't a huge deal, as second was still good points – and I think the pace we showed on track was a lot more important than the result on paper.

On to Red Bull Ring 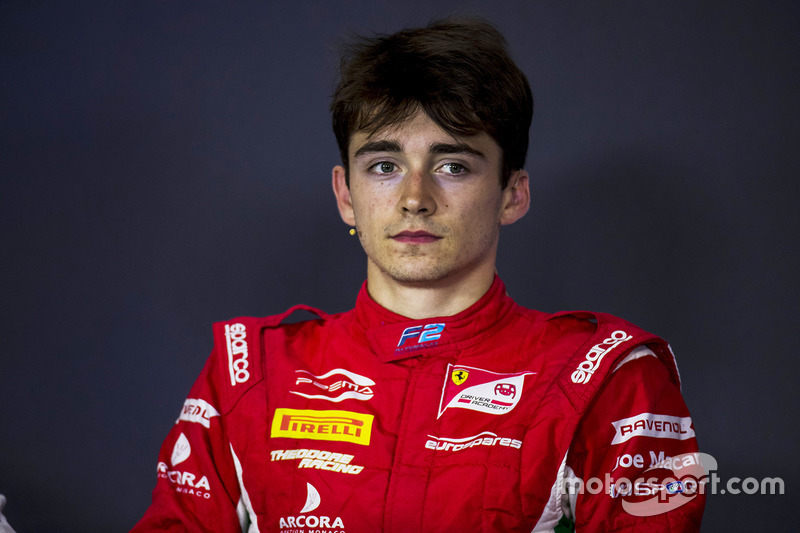 I really love it and I've always had good results there. Okay, the second GP3 race last year was quite a disaster, as there was an oil pressure problem and then I made a mistake, but I don't think that was reflective of our pace there.

I'm glad it's coming up soon, because I think racing is helping me a lot to go through these difficult times.

Obviously it will never bring my father back, but at least I can try to do my best on track, try to honour him the best way I can.

I think I'm working harder than ever to try to make the best results as I can, to thank him, in a way, for everything he has taught me, for the making me the driver I am today. 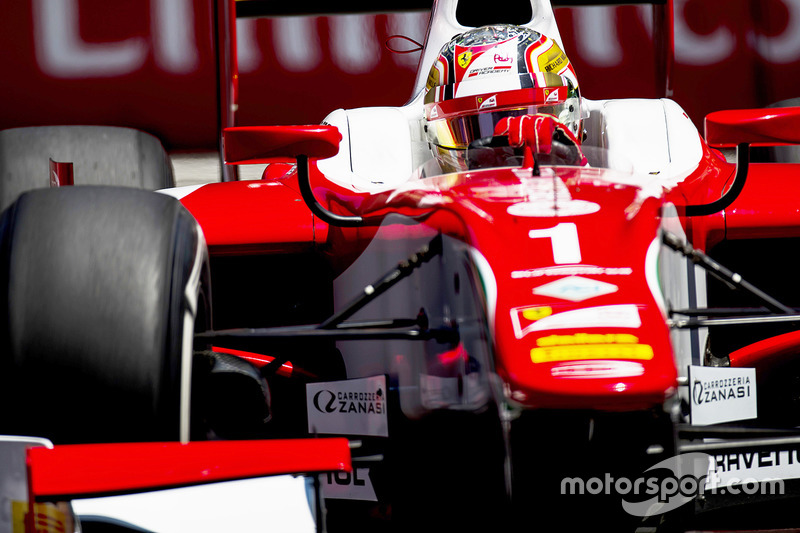