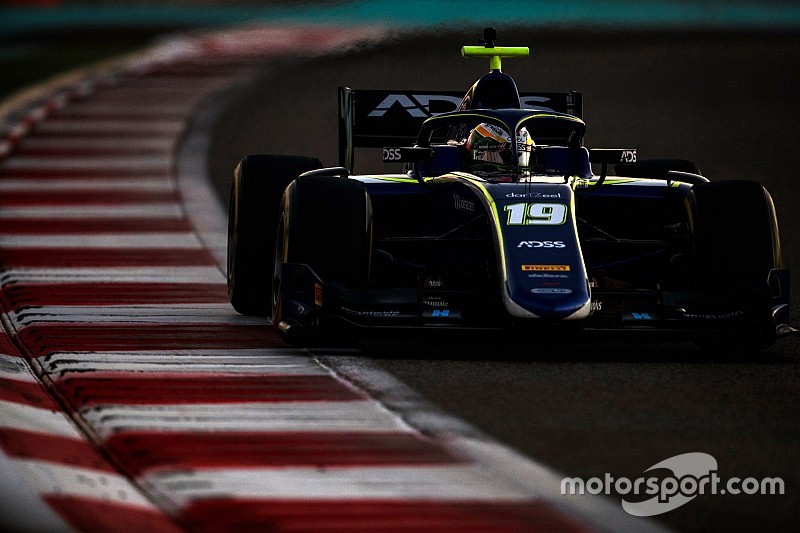 Reigning Formula 2 teams' champion Carlin will field Louis Deletraz in its line-up for the 2019 season, the driver switching from the Sauber-affiliated Charouz Racing System squad.

He concluded the season by testing a current F1 car, conducting running for the Haas team in the Abu Dhabi Pirelli tyre test.

Swiss driver Deletraz knows the Carlin team well, having topped F2 post-season testing with the outfit last year, and will reunite with race engineer Steve King - who also prepared his car during their runner-up finish in the Formula V8 3.5 championship in 2016.

“I had a good year with Charouz but one of the reasons I couldn’t stay is because of the Sauber deal. It’s complicated,” Deletraz explained to Motorsport.com.

“We got in contact with Carlin, I know them from the past and they are the teams' champions, which is obviously very attractive.

“They are one of the biggest junior single-seater teams there is.”

Deletraz failed to win a race in F2 last season, while his Ferrari Academy teammate Antonio Fuoco took two reversed-grid wins and finished three places above in the standings.

“My first year in F2 [with Racing Engineering and Rapax in 2017] was a bit of a disaster for many reasons, but that is in the past,” Deletraz added. “Last year with Charouz, we learned a lot with a new team.

“Sometimes we had pace and sometimes we didn’t, it was down to many things, a new team, and also to me.

“But now I’m going for the win, that’s what we have to do.

“Winning, being at the front and fighting for the championship is the aim and I have done that already and I want to do it again.”

After Alexander Albon, Norris and George Russell all graduated to F1 from its main support series F2 last year, Deletraz knows it is vital to impress in the championship in 2019.

“F1 is clearly the objective,” he said. “It’s very important [to fight for the title], we can see if you perform in F2 then you get a chance in F1.

“Now I’m in a position to do so joining the champions’ team, I’ve won races in the past and I want to do that again.”

Carlin took the F2 teams’ championship in 2018 with Lando Norris and Sergio Sette Camara, the former graduating with McLaren to F1 and the latter switching to DAMS.

Honda-affiliated driver Nobuharu Matsushita has already been signed by Carlin for 2019, and will partner Deletraz.

Toro Rosso recruit Albon had to "beg" DAMS for 2018 seat