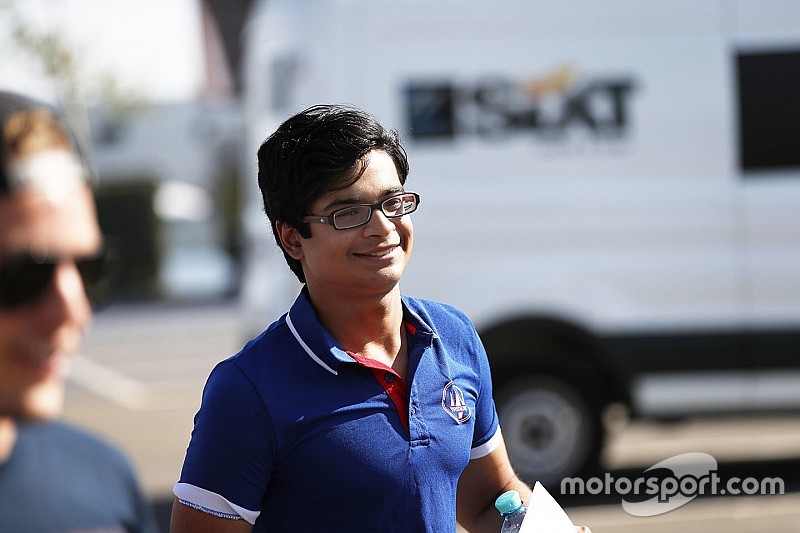 Arjun Maini believes all the issues he has faced in his maiden Formula 2 campaign so far have made him “mentally stronger” as a racing driver.

Recurring engine troubles at Baku and Paul Ricard led to a very emotional outburst on team radio, while he was also involved in an unpopular scrap with Trident teammate Santino Ferrucci at Silverstone.

Ferrucci drove into his car on the cool down lap after the sprint race, an action for which the American was penalised with a four-race ban and subsequently fired from the team.

Maini says he has never gone through such a testing phase in his racing career, but feels it has only had a positive impact on his driving.

“A lot mentally stronger because the challenges that I’ve faced this year I haven’t faced ever in my life,” Maini told Motorsport.com.

“I think the way that...I used to get affected by a lot smaller incidents in the past. It used to really affect my driving, but whatever has happened this year I’m still being personally performing at a high level.

“So I think myself I’ve been improving slowly and slowly under the radar. It won't be visible to everyone but there are small things.

“There are mistakes in the past that I’m not making anymore so I’m really really happy on that side. So overall it’s been a positive start to the season.”

Maini had risen up to fourth in the Silverstone feature race before a botched pitstop cost him 10 seconds and dropped him outside the points.

A similar issue robbed him of a top-notch result at the season opener in Bahrain, and while Maini admits these issues have been frustrating, he’s confident Trident will have a solution soon.

“Yeah, it does get frustrating in general. In the end you have to accept when the team makes mistakes, because I make mistakes as well,” he said.

“What’s more frustrating is how [these issues are preventing] everything from coming together. Because if all issues happened in one round and got over with, it would have been perfect for me. But the problem is we keep having bad luck issues and just problems.

“I think pace wise we should be easily top six or seven in the championship. It is really frustrating but in the end I can’t blame the team for that because they are working really hard and bringing a good car and I’m sure  they will work on their pitstops.

“And I have to say when they have done it we’ve had some of the fastest pit stops as well. In Monaco we were second fastest from pit in to pit out. So of course when you are pushing these fine limits the issues can happen. And I'm confident that the team will fix.”