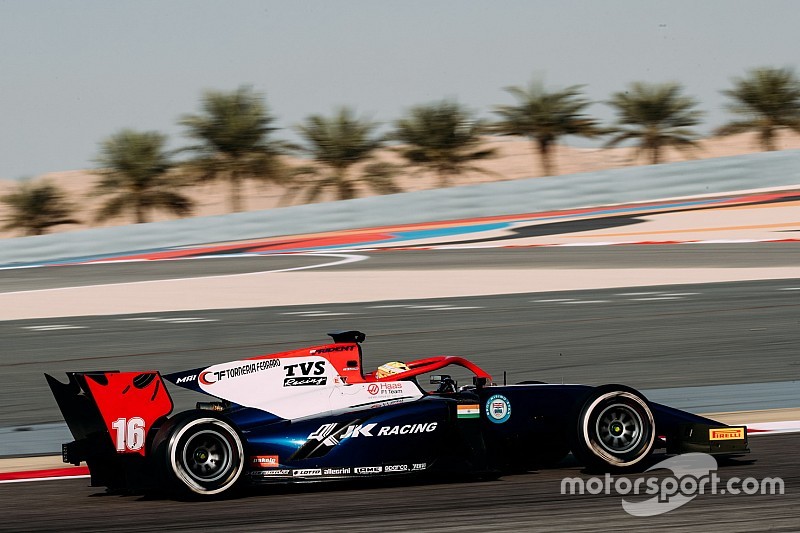 Maini set a time of 1m42.779s – a second quicker than Nyck de Vries’ Wednesday benchmark – during the opening hour of running at Sakhir, which went unbeaten across the remainder of the day’s action.

De Vries remained towards the front of the pack, taking third for Prema Racing, with Campos Racing’s Luca Ghiotto fourth.

Russian Time newcomer Tadasuke Makino split Arden teammates Maximilian Gunther, who was unable to run after lunch due to a suspected mechanical issue, and Nirei Fukuzumi to round out the top 10.

Ex-Manor F1 driver Roberto Merhi was 13th as he continued testing duties for MP Motorsport, while Roy Nissany finished 18th for Campos, the other team yet to finalise its 2018 line-up.

Last year’s runner-up Artem Markelov was a low-key 15th, bringing out one of two red flags when he spun through Turn 8; the other stoppage was triggered by Alexander Albon (DAMS) halting at pit entry.

The quickest times from all drivers came during the morning running, with focus switching to race simulations after the lunch break.

One more day of testing will take place on Friday, ahead of the opening round of the season at the same venue in two weeks’ time.