Maini to focus on consistency in rookie F2 season 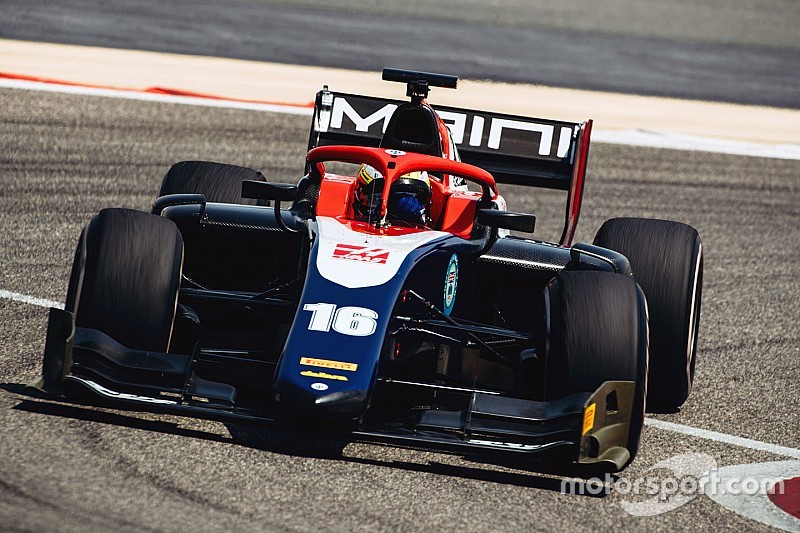 Arjun Maini says he doesn’t want to set any quantitative targets for his maiden season in Formula 2, but would rather like to consistently perform at the top of his game.

After a combined total of three years in European F3 and GP3, Maini is stepping up to F2 this season with Italy’s Trident team. He will pair up with American Santino Ferrucci, who is also part of Haas’ F1 junior programme.

Although F2 has introduced a new car this year that should level the playing field and allow smaller teams to compete with those at the front, Maini is keeping a lid on his expectations as part of his new ‘race-by-race’ approach.

“At the moment I just want to see what happens. Until now it’s been only testing. We’ll see,” Maini told Motorsport.com ahead of the start of the new F2 season in Bahrain.

“I’m always confident entering a season. You always have to be to give yourself the best chance of doing it. I will take race wins, I will take podiums but I don’t want to expect it at the moment.

“I want to take it race by race. Of course I think I have the potential to get race wins and podiums, but I don’t want to think about it at the moment. Of course I want to make sure I'm performing consistently at my best and that’s the main thing for me.”

He added: “I think we’ve seen evidence in testing that the engineering team is doing a really good job now. I’m going to try to help them as much I can in terms of support and feedback to them

“There’s no reason why we shouldn’t be able to challenge bigger teams. It’s never going to be easy, never is. Some of the teams, Prema and even DAMS are really, really top teams.

“There’s no team on the grid that’s not a good team but to perform at that level you have to put a lot of effort. And I’m sure we are working hard towards it. So im looking forward to it.”

Maini says he has learnt his lessons from his 2017 GP3 campaign, where he admittedly overstepped the mark at occasions while trying to achieve a result that was out of his team’s reach.

“Trying to aim for something that is unrealistic is not possible because it will end up like the mistakes I’ve been making in GP3 last year,” he said.

“We had the possibility to enter certain position, it was very difficult to challenge the ARTs and everytime you tried to do it, you would take a step back.

“So it’s important to perform with what’s available to you and try not to reach the stars. That’s what I’m focusing on, trying to see where the limits are and if there is an opportunity to push the limits, then we do it. If not, don’t go over them because you’ll end up worse.”