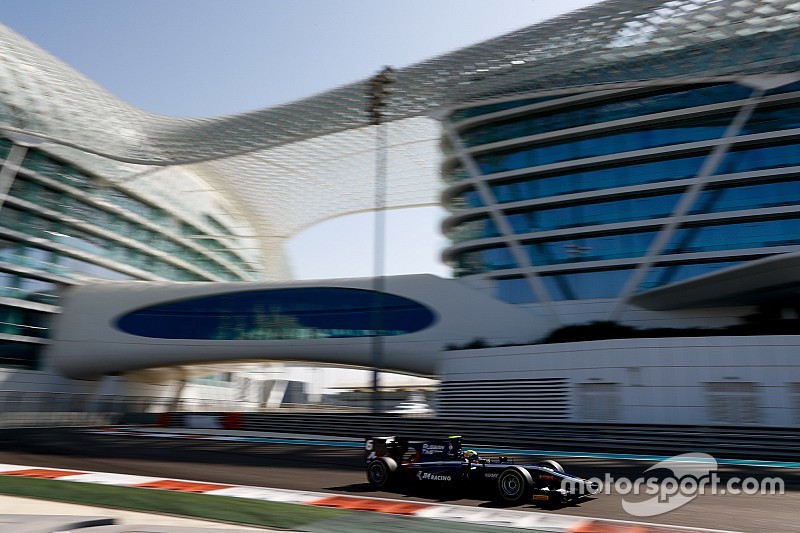 Haas protege Arjun Maini was quickest on Day 2 of the Formula 2 post-season test at Abu Dhabi, despite all his laps from the morning being deleted due to have an underweight car.

Maini, who spent 2017 racing in GP3 and drove for Trident in F2 on Thursday, switched to champion squad Russian Time on Friday.

While all of his laps were deleted for having an underweight car in the morning session, the Indian's 1m48.645s in the afternoon put him atop of the order.

MP's Louis Deletraz, who was fastest in the morning, was only 0.058s off the pace in the afternoon, as he ended up second, narrowly outpacing DAMS driver Alex Albon and Prema recruit Nyck de Vries.

Lando Norris, who will compete in F2 with Carlin next year but is testing with Campos Racing this week, was fifth, just ahead of Santino Ferrucci (Trident).

Apart from Rowland, Formula V8 3.5 champion Pietro Fittipaldi and GP3 regular Julien Falchero were the two additions to the line-up, the duo taking 18th and 19th for Trident and Arden respectively.