Honda protege Tadasuke Makino has acknowledged there is no chance of him returning to Formula 2 in 2020, and is set to remain in SUPER GT and Super Formula.

Makino contested a single season of F2 with Russian Time (now UNI-Virtuosi) during a two-year stint racing in Europe, winning the feature race at Monza and placing 13th overall.

But for 2019 he was recalled by Honda to Japan to race in both SUPER GT's top GT500 category and Super Formula for the Nakajima Racing squad.

At the same time, Nobuharu Matsushita returned to F2 with Honda's blessing after a season racing in Super Formula in 2018, joining the Carlin outfit.

Makino however ruled out being given a second chance in F2 like Matsushita.

"[Next year] I will be racing in Japan, not Europe," he told Motorsport.com. "I’ll do both categories in Japan, SUPER GT and Super Formula. And after we’ll see what’s happening."

Asked if he had any chance of going back to F2, he replied: "No. I would like to go back to Europe, last year in the last few rounds I had really good potential, and after I moved to Japan. Everything started from zero, a difficult situation."

Nirei Fukuzumi also raced in F2 last year with the Arden squad, placing 17th in the standings, before being brought back to Japan by Honda for dual domestic campaigns.

He won the GT300 class of SUPER GT alongside Shinichi Takagi in ARTA's Honda NSX GT3, and ended up seventh overall in his first Super Formula season.

"I am getting better right now in Super Formula, so I would like to focus a little bit more [on that]," he told Motorsport.com. "But also I want to go back to Europe.

"I really want to go back to F2. But it’s difficult because the difference with Super Formula is big. I had to adjust how to drive. But if I had the chance, I would like."

Matsushita, who appears set to fall short of the top-four championship placing he needs to secure a F1 superlicence, has been linked to a return to Japan and a place in Honda's SUPER GT roster for 2020.

Ahead of this weekend’s Abu Dhabi season finale, the 26-year-old lies sixth overall and some 41 points adrift of Sergio Sette Camara in fourth.

Honda is poised to promote FIA Formula 3 race winner Yuki Tsunoda to F2 next year, and it’s thought he could slot into the seat vacated by Matsushita at Carlin. 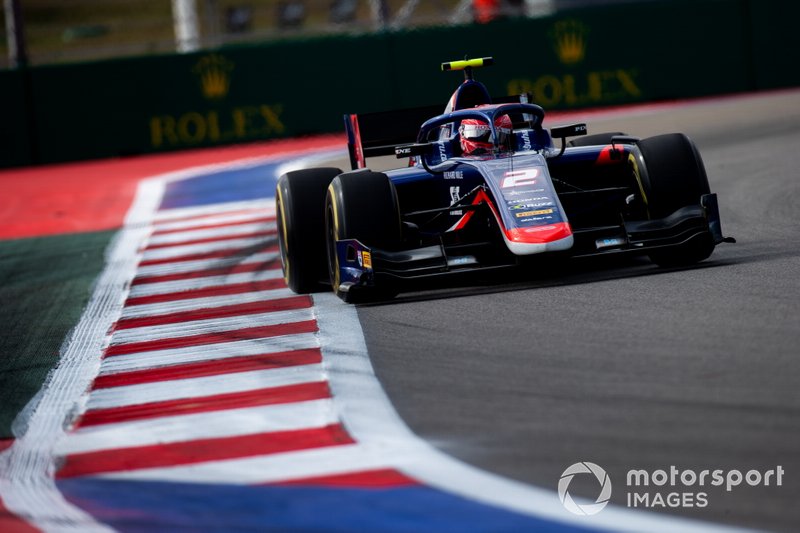