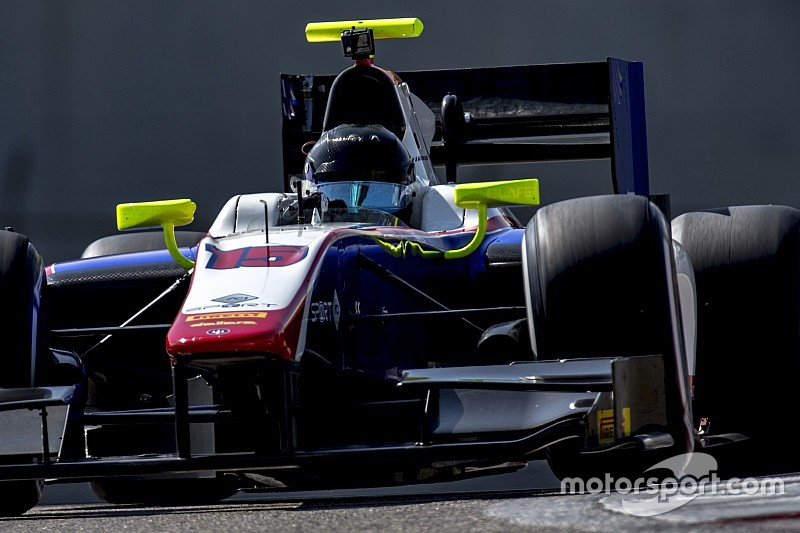 GP2 frontrunner Raffaele Marciello set the pace on the opening day of the series' post-season test at the Yas Marina Circuit in Abu Dhabi.

Marciello, reuniting for the test with the Trident team he had raced for in 2015, was runner-up in the opening session and assumed the lead in the closing minutes of the afternoon run, with a lap of 1m48.937s.

The morning run was headed by ART Grand Prix's Nobuharu Matsushita, the Honda protege posting a 1m49.483s benchmark an hour into the session.

Marciello was second heading into the midday break, with only Artem Markelov – the Italian's regular-season teammate at Russian Time – joining the trio below 1m50s.

Times ramped up quickly in the afternoon, GP3 champion Charles Leclerc and Jordan King surpassing Matsushita's earlier benchmark, although the Japanese driver had gone quicker himself as well and was now top at 1m49.307s.

Shortly thereafter, he was overhauled by Marciello and Nicholas Latifi, the former becoming the first driver in the test to log a sub-1m49s lap.

The Italian would remain unmatched until a red flag caused by a Markelov stoppage ended the day's running early.

Matsushita finished the afternoon session in second, ahead of DAMS pair Oliver Rowland and Latifi, with Johnny Cecotto (Rapax) in fifth matching the Canadian's laptime.