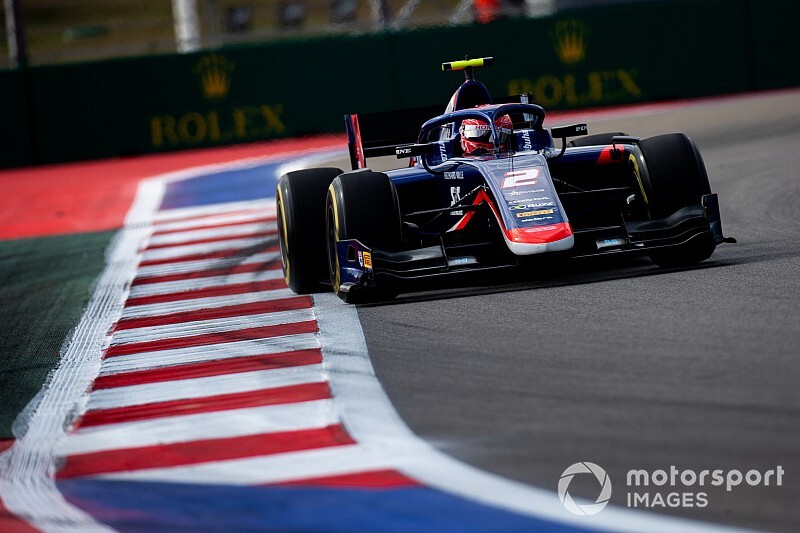 Honda Formula 1 junior Nobuharu Matsushita and Nikita Mazepin have been taken to hospital following a huge crash in the second Formula 2 race of the weekend at Sochi.

On the first lap of the race, polesitter ART Grand Prix driver Mazepin collided with Nobuharu Matsushita’s Carlin-run car while fighting for the lead, as both cars crashed heavily into the outside wall following Turn 2 on the first lap.

Mazepin had missed Turn 2 and had to use into the run-off, but he didn’t go around the boards on the exit of the corner as is required by the rules.

Renault Formula 1 junior Jack Aitken had gone around the boards correctly and when he came to rejoin the track, Mazepin was in his path and he had nowhere to go, clipping the left rear of Mazepin's car.

That pitched Mazepin’s car across the track into Matsushita, and both ploughed into the barriers.

Both drivers have gone to hospital for precautionary checks but no fractures were initially reported.

Due to a heavy delay, the F2 race has been shortened to 15 laps, with Luca Ghiotto leading Callum Ilott and new champion Nyck de Vries at the restart.