Nobuharu Matsushita looks set to contest another season of Formula 2 in 2020 despite losing his drive at Carlin to Honda protege Yuki Tsunoda.

Matsushita had initially been expected to return to the Japanese domestic scene after falling short of his target to finish in the top four of the championship last year, the minimum threshold required for him to obtain a Formula 1 superlicence.

However, he was not part of Honda’s driver line-up announcements for both SUPER GT and Super Formula earlier this month, despite appearing in post-season testing in the latter category at Suzuka in December.

Instead, Ukyo Sasahara took the place that had been earmarked for him at the Mugen SUPER GT team alongside Hideki Mutoh, while Tatiana Calderon ended up filling the Drago Corse Super Formula seat he turned down.

It’s understood Matsushita made the decision to decline the chance to represent Honda in Japan’s two premier series shortly after Christmas to pursue options to stay in F2, despite the car maker’s reluctance to bankroll another campaign in the F1 feeder category.

After he raced in Super Formula in 2018, the 26-year-old was able to secure a reprieve in F2 at Carlin with blessing from Honda.

However, the Japanese manufacturer has already announced that FIA F3 graduate Tsunoda will race at Carlin in F2 this year, effectively replacing Matsushita, and is only thought willing to underwrite a small portion of the costs for the latter to stay in the series.

Of the remaining teams with seats free for 2020, MP Motorsport has emerged as Matsushita’s most likely destination.

The Dutch outfit previously confirmed Brazilian rookie Felipe Drugovich as its first driver and has had a revamp of its engineering staff for the new season, including the recruitment of a data engineer from Prema Racing.

Should a deal be reached, it would mark Matsushita’s fifth season at GP2/F2 level. In 2019, he matched his previous best championship finish of sixth place, albeit scoring his first feature race victories at the Red Bull Ring and Monza.

There could be as many as three Japanese drivers on the F2 grid in 2020, as Euroformula Open champion Marino Sato appears set to embark on a full campaign after making three appearances for Campos Racing last year. 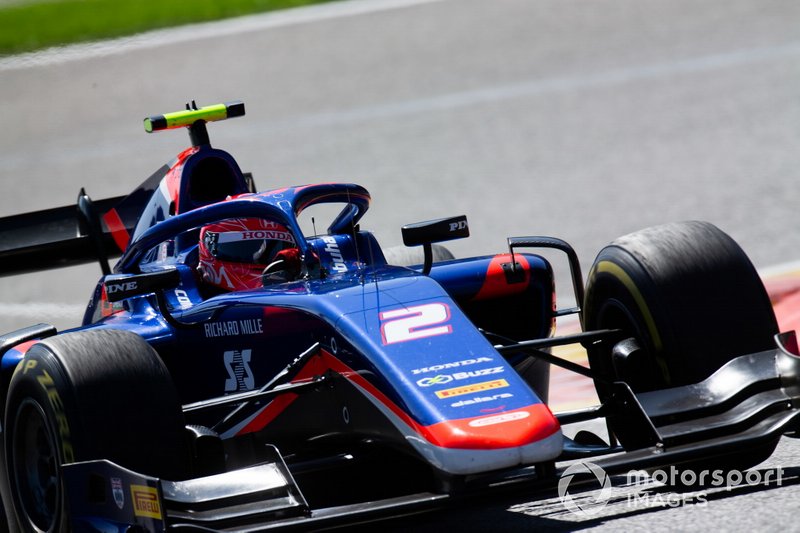