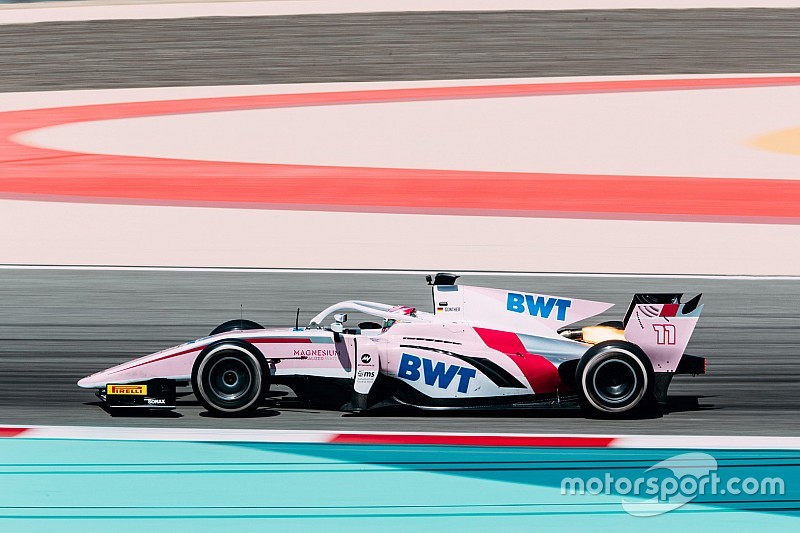 The Mercedes-backed F3 graduate recorded a time of 1m42.756s, dipping two-hundredths below the benchmark set by Trident’s Arjun Maini on Thursday.

Gunther’s effort came during the opening hour of running, with attention thereafter switching to race preparations in the form of long runs and pitstop practice.

Luca Ghiotto classified in eighth spot for Campos, ahead of DAMS driver Alexander Albon, as Nirei Fukuzumi put in a late surge to round out the top 10, in front of Antonio Fuoco and Lando Norris.

Last year’s runner-up Artem Markelov and Ralph Boschung were the culprits of the other red flags, en route to 13th and 15th respectively.

Prema, which has guided Pierre Gasly and Charles Leclerc to the last two drivers’ titles, had a low-key display, with Nyck de Vries its lead representative in 16th.

Roy Nissany and Roberto Merhi were 18th and 20th as they again ran for Campos and MP Motorsport – the only teams yet to finalise their 2018 line-ups.

The series’ opening round will take place at the same venue in two weeks’ time on the support bill for the Bahrain Grand Prix.