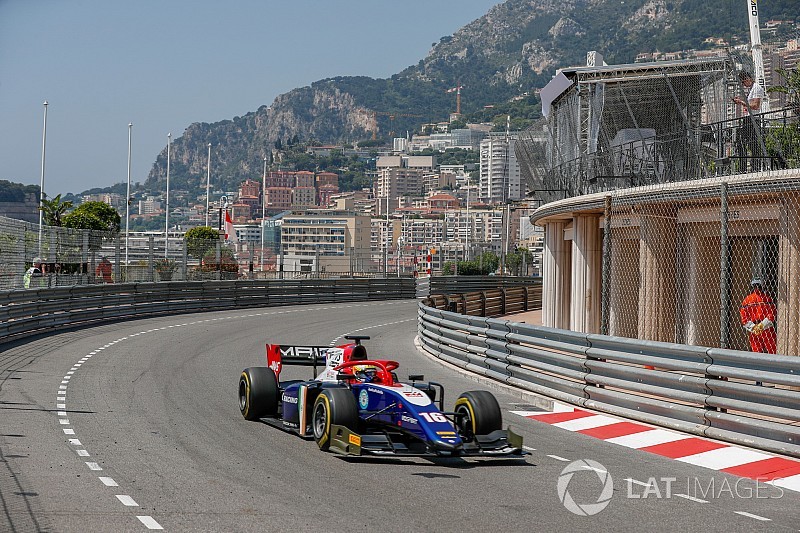 Haas Formula 1 junior Arjun Maini equalled his best-ever finish in Formula 2 by crossing the line in fifth position in the Monaco feature race.

Maini started first of the weekend’s two races from seventh, but immediately moved up to fifth after teammate Santino Ferrucci stalled on the grid and Luca Ghiotto retired in an accident with Antonio Fuoco.

Fuoco, subsequently, was handed a drive through penalty for the incident, promoting Maini up to fourth.

During the second of the two safety car periods, race leaders Alexander Albon and Nyck de Vries crashed at the pitlane entry - and suddenly Maini found himself running in second position.

However, a maiden podium finish wasn’t to be. Drivers who had stopped early on significantly benefited from the SC appearance. As such, when Maini stopped at the end of lap 32, he returned to the circuit down in fifth position.

Nevertheless, it was a good result for the 20-year-old, equalling his previous best finish of the season.

Maini lined up fourth on the grid for Saturday’s feature race, but immediately came under pressure from the experienced Louis Deletraz, who successfully passed him on the opening lap.

However, since Renault junior Jack Aitken had made a terrible getaway, Maini managed to retain fourth place.

A slow lap on the 14th tour made the Trident driver vulnerable - and Markelov managed to demote the Indian driver with an aggressive move at Rascasse.

Towards the end of the race, Maini also lost out to former F1 driver Roberto Merhi, although the move may come under investigation after the 20-year-old claimed that it took place under the safety car.

But as things stand, Maini is classified sixth in the provisional race classifications.