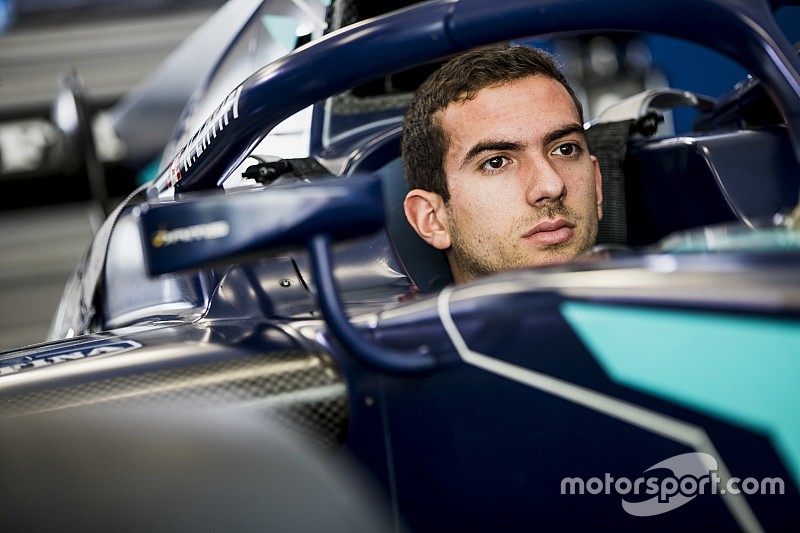 Latifi, who drives for DAMS, finished the first race in 14th place and claimed a disappointing eighth in the second one.

The Toronto native qualified sixth for Saturday's Feature Race, but when the lights went out, his engine stalled. By the time it was restarted and he got underway, the 22-year-old trailed the lead by almost two minutes. He fought hard nonetheless, recording the fastest lap of the race en route to a 14th-place finish.

"The start of the Feature Race pretty much ruined the whole weekend," he acknowledged. The introduction in Spain of a clutch software upgrade to the whole F2 field had knock-on implications to his DAMS race car.

"F2 introduced new software to try and improve the clutch action," he explained. "But in combination with the mapping adjustments we had made already, based on how the clutch was behaving on previous rounds, it ended up doing the opposite.

"The car just didn't react as it should have. I was releasing the clutch very slowly, almost all the way to the end of the paddle, and the car still wasn't moving. Then, right at the end, in the last millimetre, it came in at once. There was nothing I could have done to avoid that.

Latifi started Sunday's damp-then-dry Sprint Race from 14th position and he finished 8th. “The track dried more quickly that I had expected and with 10 laps to go I had no tires left. I did all I could to keep the position - it's probably the hardest point I've had to work for in my driving career,” he explained.

How the halo passed its first major test