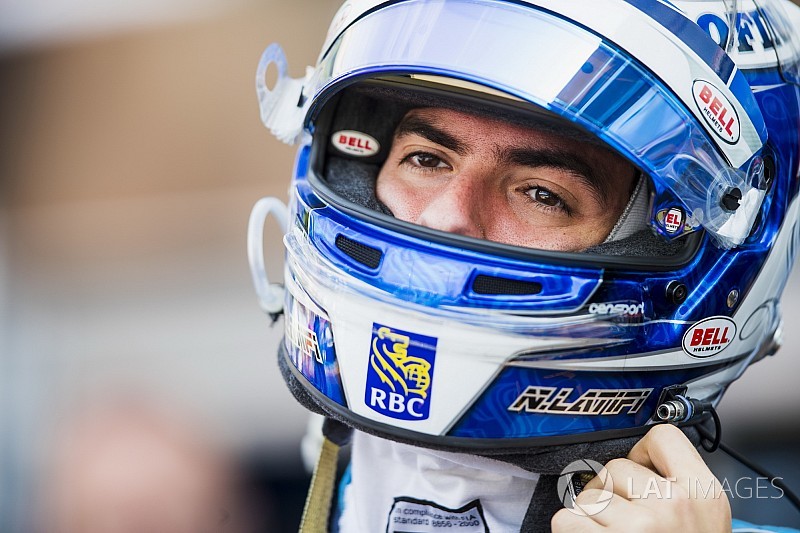 The Toronto resident was back in action in the Formula 2 series after he participated in his first free practice session at the Canadian Grand Prix two weeks ago in the Force India VJM11 F1 car.

In Saturday’s Feature Race, which was held in challenging mixed weather conditions. Latifi started from 10th place on the grid but was hit from behind by another car as he braked for Turn 3.

Having rejoined in 17th place, he ran hard in the treacherous conditions to get as high as seventh within ten laps. “However, then I got knocked off the track for a second time and lost ground again. That incident inflicted damage to my car and I began to struggle with understeer,” he said.

Latifi finished eighth but later was promoted to seventh place in the results due to a disqualification.

He started Sunday’s Sprint Race from second place on the grid and made a blistering start to seize the lead.

“I was feeling quite confident, having made some changes to the car’s set-up after the previous day’s Feature Race,” said the DAMS Racing driver. “I got into the lead, but then I struggled to have enough grip to pull away.”

He led the opening four laps, but once the chasing drivers were allowed to use the drag reduction system (DRS) to aid overtaking on the straights, Latifi found it difficult to defend his position.

“The car was sliding quite a lot and if I tried to push harder, the tires began to overheat. I didn’t have the pace to get out of the DRS activation zone, so it was a frustrating race,” said Nicholas, who eventually finished eighth.

“We struggled to balance pace and tire wear, which made the final laps really tough. Eighth is a disappointing result given we were leading, but we’ll analyse it and comeback stronger in Austria."

F2 title will be decided by luck, says Norris