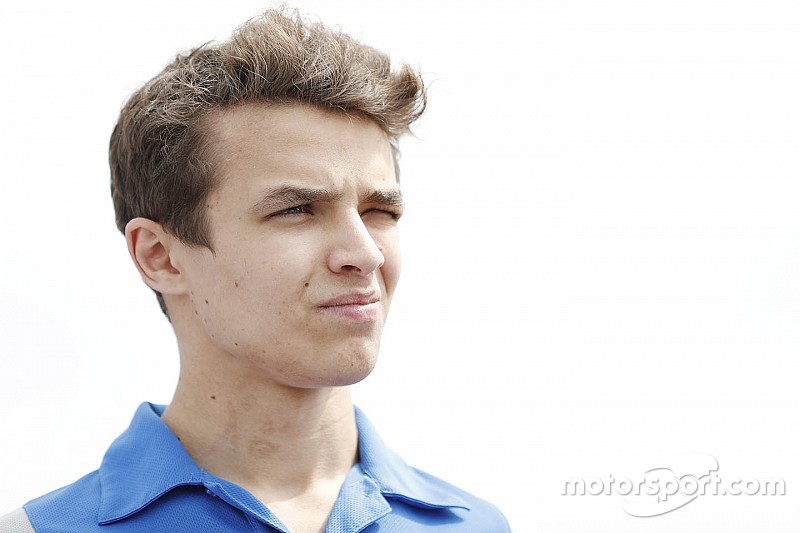 McLaren Formula 1 junior Lando Norris believes his rookie F2 campaign has been his "worst season ever".

Carlin driver Norris lies second in the championship after seven rounds, 33 points behind Mercedes protege George Russell after surrendering the lead to his ART Grand Prix rival in Austria.

“I think it’s by far been my worst season ever,” said the 18-year-old, who has been approached by three different F1 teams about a step up to grand prix racing.

“However good second in the championship sounds, I think the amount of mistakes I’ve made, the problems, everything we’ve put together has by far been the worse.

“It’s the mistakes I’ve made, this is the year where I need to be the opposite of that, I know I can do loads better and that’s what’s so annoying, I know, for a fact, I can do so much better.

“I’m making mistakes for no reason. Hopefully I’ve learned from everything I’ve done so far and I can be on the rise again.”

Norris said his biggest mistakes of the year so far were overusing his Pirelli tyres early in the Austria feature race, which saw him slip back, and a crash in Monaco qualifying.

Russell outscored Norris in both the Silverstone races, as Norris stalled in his pitbox in the feature race.

He stalled in both Baku and in Paul Ricard as well, with the majority of drivers having struggled to master the new-for-2018 F2 car's tricky clutch,

“I stalled, simple as it gets,” Norris said. “It’s an error from me because there’s the possibility of me doing a very slow pull-away, slipping the clutch as much as possible.

“I came in just behind [Arjun] Maini and when there’s an opportunity you can overtake them in the pits, you don’t react like you’re on a road, just driving.

“You react a lot quicker, but even then, it wasn’t like I just dumped the clutch. It just bit and that’s it, I could do nothing.”

Norris recovered in the sprint race, passing seven cars to take a podium finish from 10th on the grid, including a double overtake on Artem Markelov and Nyck de Vries at Vale.