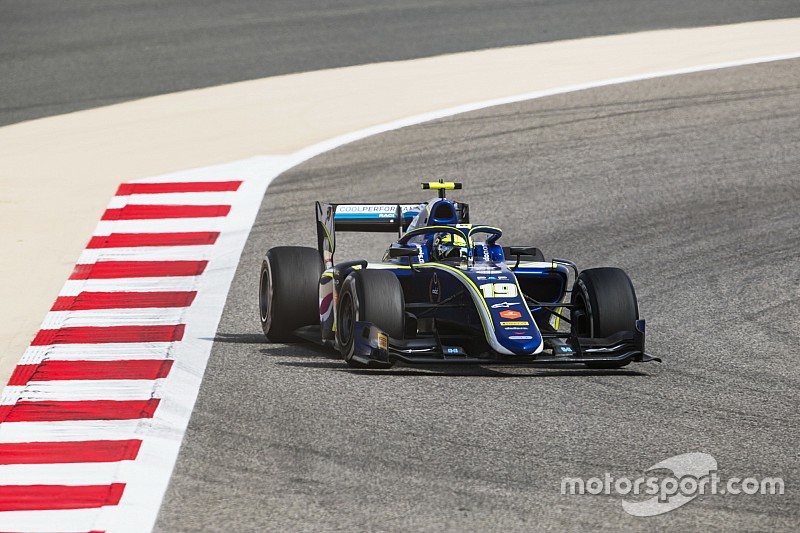 Norris took pole position for the feature race and lead from start to finish, and followed up with fourth in Sunday’s sprint race to take the early championship lead after the opening weekend.

Teammate Sergio Sette Camara meanwhile scored a double-podium finish, finishing second in the opening race behind Norris before taking the final podium spot in the sprint.

“To come back and beat Prema, who have been so dominant in the past few years was a pretty big achievement for us,” said Norris. “Not just to beat them, but to have a one-two yesterday [in the feature race].

“I think we’ve had a very high rate of development from the first practice session. It’s a big achievement for Carlin, coming back after it had been very strong in F2 [GP2 in 2016] but I wouldn’t say as strong as we are now.”

Carlin’s comeback aligns with the series’ switch to a new car, which is turbocharged, unlike its GP2/11 predecessor, and features bigger front and rear wings for higher downforce.

“It’s a new car so it was a fresh beginning for most teams,” added the 18-year-old.  “Some things, parts of the car, were carried over from the previous one so there’s one or two things we need to learn if we haven’t already.”

The McLaren Formula 1 junior and reigning European F3 champion now heads the standings by nine points over sprint race winner Artem Markelov, who recovered to a podium from the pitlane in the feature race after stalling on the formation lap grid.

Prema continued to struggle in Bahrain as its drivers tried hard to make their tyres last. Title favourite Nyck de Vries, also a McLaren junior, could only manage sixth in race one after a late recovery, while he pitted from the sprint race because of high tyre degradation as he recovered to fifth.

“Of course, I'm disappointed,” said de Vries. “After leading and doing a good job at the beginning, we couldn't turn it into a real result but it was a good day anyway.

“We did what we could and we maximised our points.”

De Vries now trails Norris by 23 points after just two races, while Carlin leads the team standings by 37 points over Russian Time, and by 45 points over Prema.

The Inside Line F1 Podcast: The Arjun Maini interview

Race starts "like a gamble" with new F2 car