A podium for Nicholas Latifi in Baku 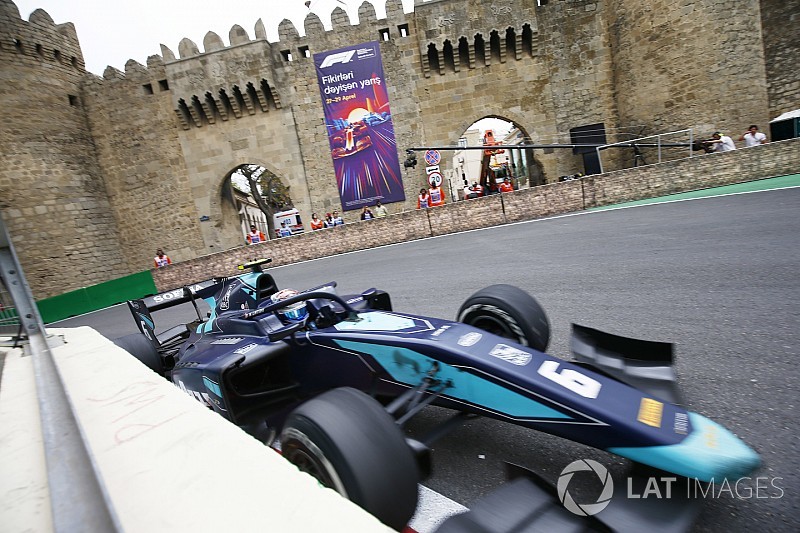 Toronto native Nicholas Latifi scored a podium finish in one of the two FIA Formula 2 races held during the Azerbaijan F1 Grand Prix on the streets of Baku.

The 22-year-old, who drives for the French DAMS outfit, suffered a disappointing qualifying session, which saw him register the 20th time as his efforts were hampered by two yellow flags near the end of his fast laps.

In Saturday's Feature Race, he worked his way through the field and made up 15 positions to collect fifth place and 10 championship points.

Starting fourth on the grid for Sunday's Sprint Race, Latifi got a very good start and vaulted into the lead by the first corner. Avoiding trouble in a frenetic race, he brought his car home in fourth place. However, after the race third place finisher Sergio Sette Camara was disqualified because he ran running out of fuel, promoting the Canadian to third spot.

"It's been a really positive weekend. I'm happy to collect my first podium of the year and it feels good to get a useful haul of points on the board too," Latifi declared. "To be honest, it's also a relief to have an outcome like this after things got off to such a bad start in qualifying."

"As expected there was a lot to look out for in the Feature Race, like stalled cars and safety car restarts. The main thing was to keep a cool head and make no mistakes. It's never good being in the position where you have to fight from the back, but considering where we started from I was happy to have recovered to P5."

Having made some changes to the car, the Force India F1 reserve and test driver began Sunday's 21-lap Sprint Race from the second row with a very good launch that propelled him into the lead.

"The start was really good, but I struggled in the first few laps to get a confident feeling for the grip and that meant I couldn't keep the pace," he explained. "From leading to ending up third is not where I want to be, so we have some things to analyse, but still it was a fun race, with some great fights and there are lots of positives to take."