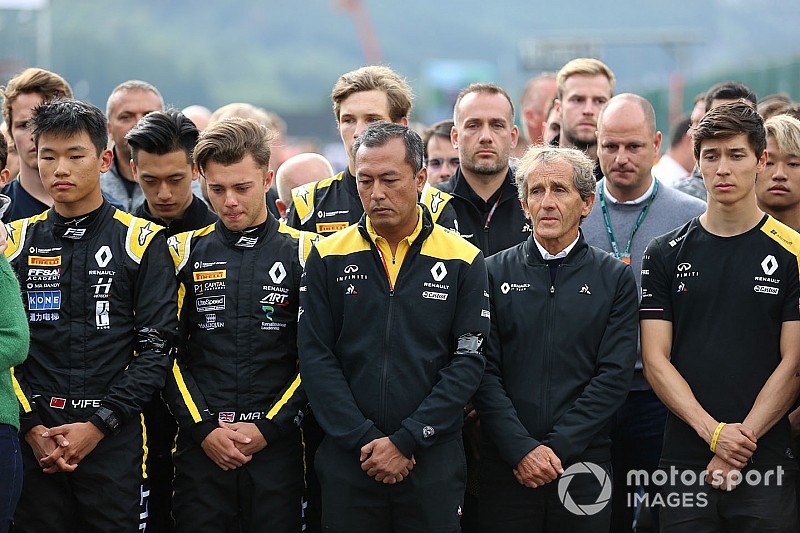 In an emotional interview ahead of the Belgian Grand Prix the day after Hubert was killed in an F2 crash, Prost also revealed that the Renault team had only yesterday agreed a 2020 programme for the Renault junior driver.

Prost, who as Renault’s non-executive director had overseen Hubert’s recent progress, said that the tragedy was especially difficult for him to deal with because of how close his team was to the youngster.

“It is a hard day for the racing community,” he told F1’s television channel. “It was very sad and very tough for us. As you know, he was a member of our Academy, and it was a tough day with the family there and friends and brother.

“It is something that I personally remember what we got in the 1980s. We always think that it cannot happen any more, but yes it can happen. We know motor racing is dangerous. A lot of sports are dangerous anyway, and maybe motor racing is one of the safety sports.

“You can see in bicycle [cycling] that we had two young guys dead, and it always happens to young people. It is very tough but we can see we are all together and we need to make things even better, improving better. But we love this sport, we love life.”

Hubert had progressed well since joining the Renault Academy full time for this season, and an impressive rookie season in F2 appeared to have convinced the French car manufacturer to keep him there for 2020.

Prost explained: “I pushed him in the Academy, we were talking very often. He was a nice kid, very intelligent, very clever, very curious.

“He did some tests in F1 this year with us in Austria. We had a programme already fixed since yesterday in F2 next year. We wanted to help him maybe until F1, so it is very sad. There are no words. 22 is much too young I am sure.”

Renault F1 managing director Cyril Abiteboul told Sky: “His talent is something special, it was building up. He didn’t come and smash all the junior series, I’m not going to revisit the history, but clearly he was on the way up. That’s really impressive.

“The [GP3] title last year is giving him a new energy and what was standing out was the hard work. He will stand as an example of what’s possible with hard work. I don’t think a lot of people would have given him the chance of doing what he was doing, purely on raw talent. But the work, the commitment, the way he was engaging with people, is an example.”

Abiteboul: Right for F1 race to go ahead 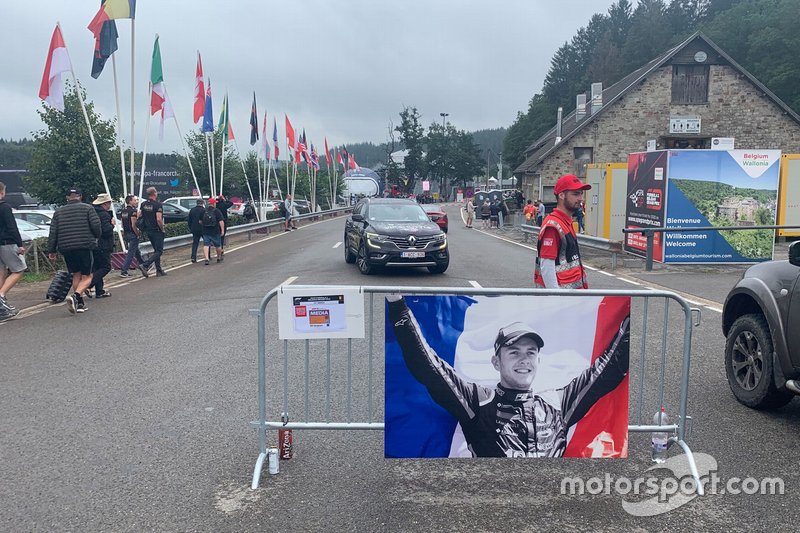 The second F2 race of the weekend was cancelled, but Sunday’s Formula 3 race went ahead and the Belgian GP will still take place.

Abiteboul said it was marginal for the F3 race to take place, given the age of the drivers involved, but said the added maturity of F1 drivers means they are more

“robust" emotionally.
“It was the right thing to cancel the F2 race,” Abiteboul told Sky. “There was no way that Bruno [Michel, F2 boss] or Chase [Carey, F1 CEO] would perform that race.

“It was a close call in F3, because it’s young people. Really young people. As for F1 drivers they have a certain form of maturity, our own drivers are in their 30s, they are a bit more robust.”

Abiteboul said his drivers, Daniel Ricciardo and Nico Hulkenberg, were both affected by the accident in different ways, having cancelled their Saturday evening commitments while awaiting news.

He added: “We all want to be moving away from Spa – which doesn’t mean moving on from that incident, because I think it's something we want to think about and not put behind too quickly.

“It’s going to be strange being racing, but that's why we're also saying we will be racing for Anthoine. We want that on our car because that’s precisely what we’ll be doing.”

A minute’s silence was held early on Sunday morning, with Hubert’s mother and brother in attendance.

Abiteboul said Renault had tried to offer what support it can.

“We’ve been coming up with simple things,” he said. “You like to change things, but can’t.

“You come with your humanity, with your availability, being close to the family and friends who were around in Spa and making sure that everyone is united and show a united face, which is not always easy in F1.

“[We have been] trying to leave the small things in F1 behind and for once acting as a real family.”