Raghunathan banned from Austria F2 round 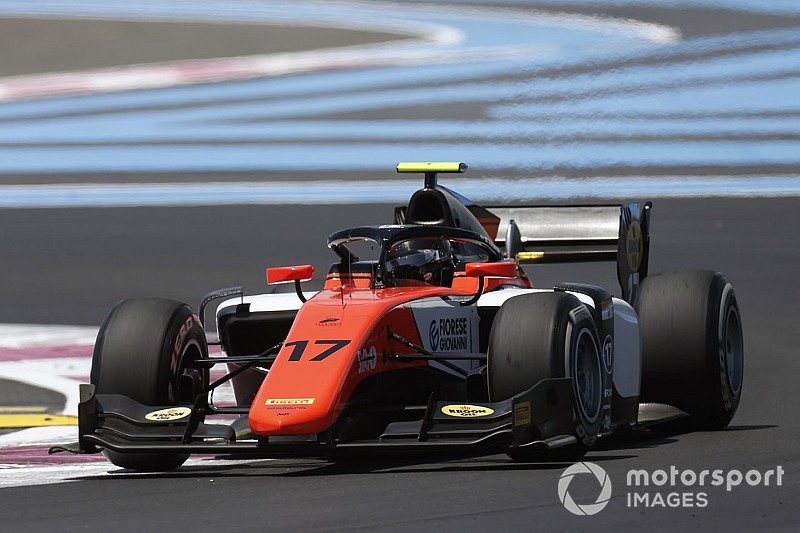 MP Motorsport Formula 2 driver Mahaveer Raghunathan has been banned from the championship’s next round in Austria after amassing 12 penalty points.

Raghunathan had 15 seconds added to his total race time for the Paul Ricard feature race on Saturday in which he had finished last on the road in 12th, because he “infringed all three virtual safety car procedures”, according to a statement from the championship.

FIA rules dictate that a driver is automatically banned for the next round once they reach 12 penalty points, Raghunathan reaching that tally in nine races.

Alfa Romeo Formula 1 junior Tatiana Calderon – who finished one place above Raghunathan in 11th – also fell foul of the VSC, infringing it twice, meaning 10 seconds was added to her race time.

Sean Gelael had lost control at Turn 3 and crashed into his Prema Racing teammate Mick Schumacher on the first lap of the Paul Ricard feature race, and he will start Sunday’s sprint race from the pitlane.

An F2 statement read: “It was determined that the Indonesian went off track prior to Turn 3, and when rejoining the track, was deemed not to be in full control of his car before the collision.”

Schumacher: No malice by Gelael in airborne crash