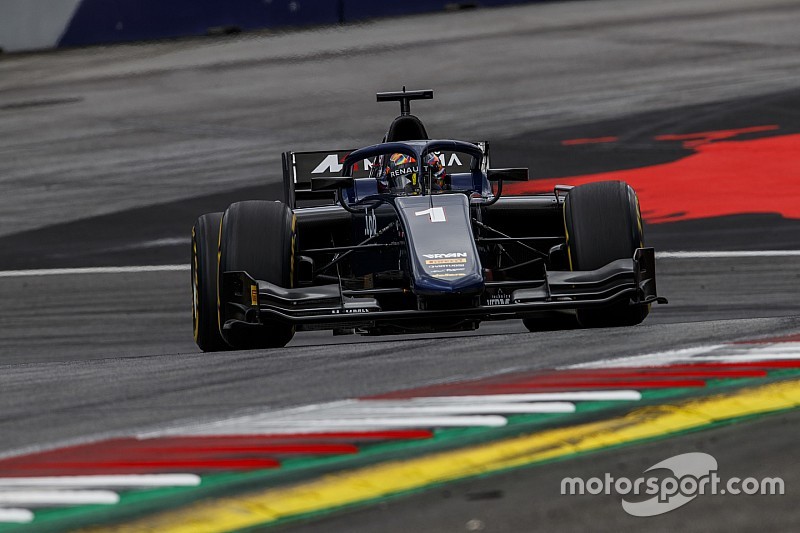 Russian Time duo Markelov and Tadasuke Makino held the first two positions after the rolling start, but the hero of the early stages was Russell.

He then made the same move and picked off Antonio Fuoco, Alex Albon and Sergio Sette Camara lap by lap to progress to third.

Two laps later he moved past Makino for second, with Markelov holding a 2.5s advantage at the time.

But Russell couldn't make up ground on Markelov, who further extended his lead and cruised to take his third win of the season by 5.6s.

Russell finished second and took the championship lead from Norris, who couldn't emulate Russell's charge and even lost positions late on to end up 11th.

Makino held third in the first half of the race but started to lose ground in the latter stages, losing three positions.

Sette Camara claimed the final podium position as he matched the pace of Markelov and Russell, with Fuoco in fourth finishing further eight seconds behind.

Albon was fifth ahead of Makino with Santino Ferrucci and Nicholas Latifi moving ahead of Norris and Nirei Fukuzmi for the final two points-scoring positions.