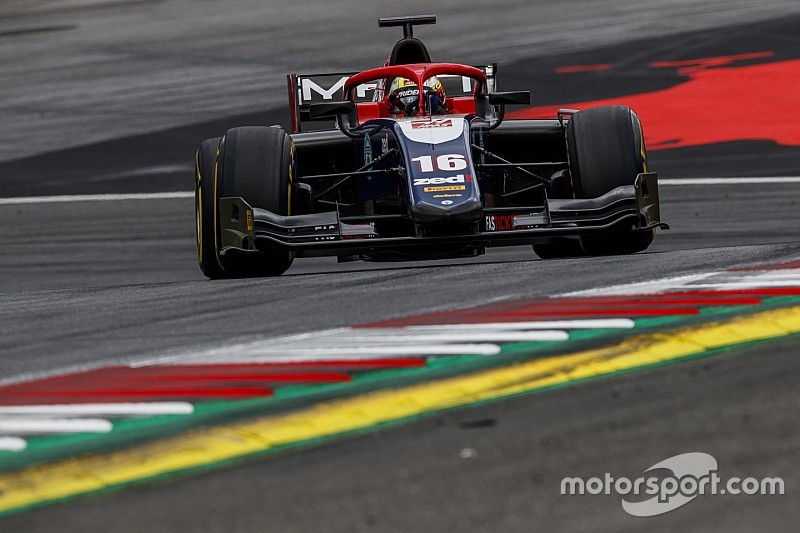 Arjun Maini was in for a strong result in the Austrian Formula 2 round, but an ill-timed safety car left him without points.

Less than a week after an emotional radio rant in France, Maini qualified his Trident in a strong fifth position, just behind drivers from leading Carlin and ART teams.

He went on the unconventional soft/supersoft strategy that involved going deep in the first stint on prime tyres, before making a late charge on the option rubber.

However, this strategy backfired when the safety car was deployed on lap 6 after Ralph Boschung stopped on track.

All his main rivals, who had started on supersofts, pitted under the safety car and essentially got a free pitstop, while Maini, along with Sean Galeal and Artem Markelov, were left in a compromised position at the front of the field.

Maini held the lead a few laps after the second safety car, deployed on lap 20, and then gradually started slipping down on worn tyres before finally pitting at the end of the 32nd tour.

The two SC periods wrecked his strategy so much that he came out in dead last position. And despite being fitted with the faster tyre, he was unable to make much progress in the final laps of the race and finished 15th.

Lack of luck on Saturday also compromised his chances on Sunday, as the grid for the sprint race is decided based on the previous day’s feature event.

Starting from 15th on the grid, Maini made two positions on the opening lap and eventually finished 10th - within a second of the final points-paying spot.