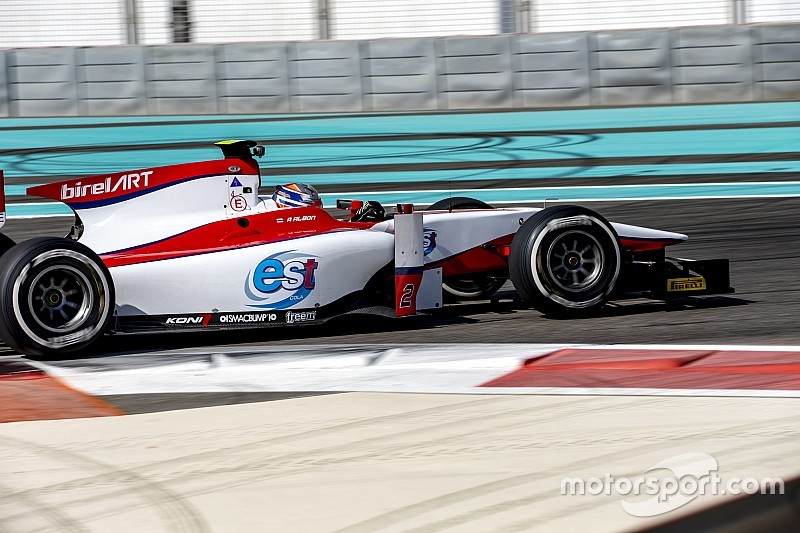 GP3 Series runner-up Alexander Albon set the pace on the second day of the post-season GP2 test at the Yas Marina Circuit in Abu Dhabi.

Renault protege Oliver Rowland, third quickest on Wednesday, set the pace in the morning session of the second day, edging out Marciello by 0.037s.

Rowland's lap, however, was slower than both the session-toppers from Wednesday, and the DAMS driver was surpassed soon after the midday break.

Ferrari junior Leclerc, who was among the three drivers to stop and cause a red flag in the morning session, led the afternoon early on, before being overhauled by Jordan King (MP Motorsport) and Marciello with one hour left on the clock.

Marciello and Leclerc then cleared King, but were both overtaken by Albon, who ended the day on top.