Ferrari junior Mick Schumacher believes he can get a "head start" for Formula 1 by staying in Formula 2 for another season, after being passed up for a 2020 F1 promotion.

In F2 he took a win in Hungary and finished 12th in the standings in his rookie year while racing for Prema Racing, which he will return to next year.

Motorsport.com sources indicate that Schumacher was being evaluated for the Alfa Romeo seat, but a combination of his results in F2 and the resurgence of Antonio Giovinazzi in the second half of the season meant the team elected to stick with Italian Giovinazzi – also a Ferrari junior – for 2020.

Schumacher's sophomore season in F2 will coincide with the series switching to 18-inch tyres, a year before F1's own switch in 2021 - and Schumacher sees this as a silver lining to not having got an F1 chance for next year.

“But then the next decision was to stay in F2. For me [it was] the most intelligent and most reliable decision I could take and category I could drive in.

“If then we manage to do the step, I would have a head start.

"Obviously it’s different but I think in a junior category it’s going to help me get more experience. Maybe also put me in a different position for next year.” 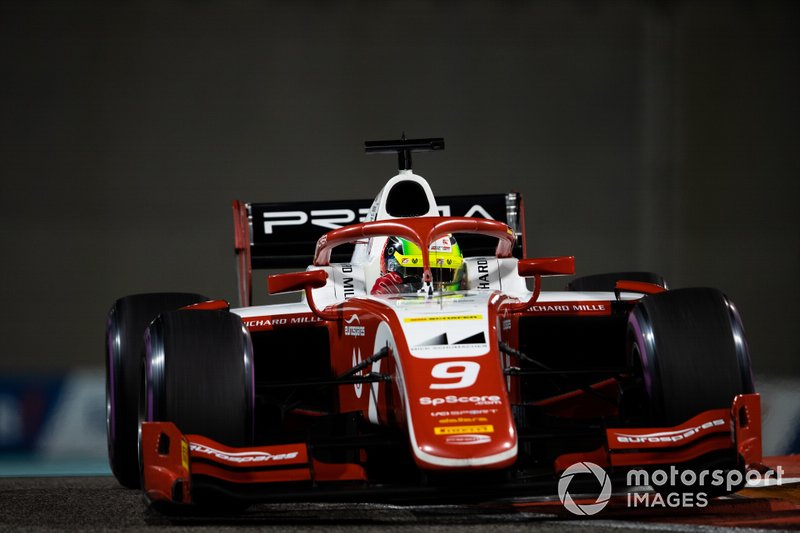 Having won the 2018 European Formula 3 Championship, Schumacher took over the Prema F2 car driven to fourth in the standings by Nyck de Vries last year, behind only F1 graduates George Russell, Lando Norris and Alex Albon.

The German saw reliability issues as a big reason why his 2019 results didn’t reflect the pace he has shown at certain rounds this season.

“I think we had a few races where the points and positions have been taken away from us, where else it could have been a very strong weekend and performance.

“Unfortunately the set-up of the F2 weekend is basically race one decides the place you will start for race two.

“Many of my problems were in race one, which meant the weekend was basically trashed away from there.

“It’s very unfortunate because I think we could have done very good weekends here and there which would have given me, in the end result, a lot of points, and put me in a different position in the championship.”