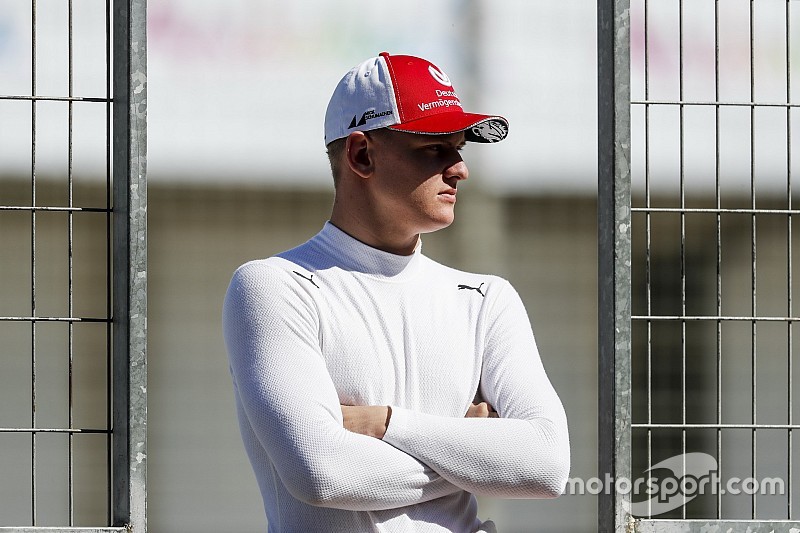 FIA president Jean Todt has called for Ferrari Formula 1 junior Mick Schumacher to be "left in peace", after topping the first Formula 2 test of the season last week.

During the qualifying simulations on Thursday at Jerez, Schumacher – son of seven-time world champion Michael – took the fastest time of the week in the F2 test for the Prema Racing squad, with which he won the European Formula 3 Championship last year.

Schumacher, 19, is in action again this week, as F2 pre-season testing moves to Barcelona on Tuesday, Wednesday and Thursday.

When asked about Mick's link with Ferrari, Todt said: "I'm very happy, it's Michael's son Mick, I've known him since he was a baby.

"I love him, he's a great character and we must leave him in peace. He's demonstrating to be a very talented driver.

"On top of that he's a very nice boy, very humble, very well-educated. I will follow him very closely as I've always been doing.

When asked how the trio would fair as young drivers in F1, Todt said: "It depends on the car they will drive.

"If they don't they will be behind. It's something you should understand, the driver without a car he will do nothing.

"You have people who have decided to step out of F1, like Alonso, because he is not able to have a winning car."

Norris and Albon both set competitive times in F1 testing, while F2 champion Russell's mileage was compromised as the Williams team arrived late to the first test.