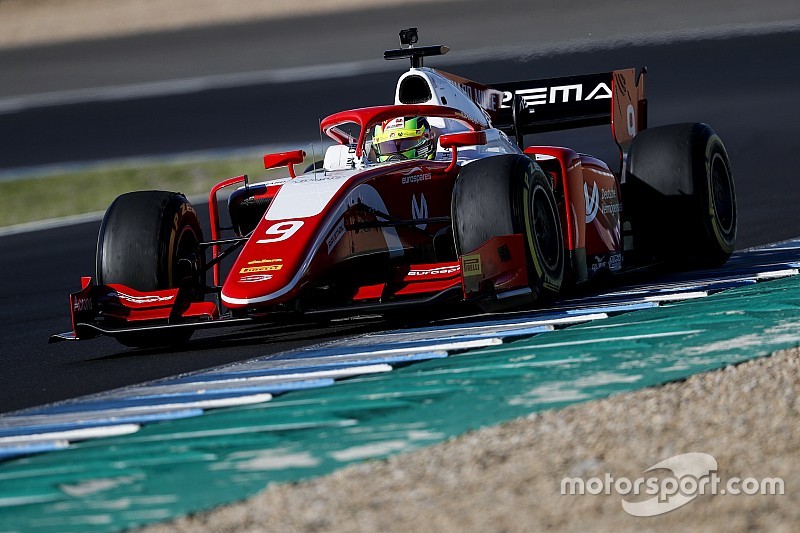 Mick, son of seven-time Formula 1 champion Michael, set a 1m24.028s after chipping away at his laptime time over the course of the morning session.

Like the other two days, the second half of the morning and the whole afternoon session was dedicated to long runs, meaning the times from the morning stood.

Carlin's Louis Deletraz – switching from the Charouz team for 2019 to last year's teams' champion – had usurped Schumacher earlier in the morning session, but then lost out as the German improved.

Giuliano Alesi took seventh for Trident, his running halted just before the end of the afternoon session as his car stopped on track. Virtuosi Racing's Luca Ghiotto, second on day two, took seventh.

Sean Gelael (Prema), who ground to a halt after an hour gone in the morning, and MP Motorsport's Richard Verschoor rounded out the top 10.

Jordan King managed to return after a mechanical issue kept him out of Wednesday's running and sat 17th, one spot behind Antonio Fuoco, who continued in the Trident car he took over on Wednesday from Ralph Boschung.

The two Arden drivers rounded out the order with GP3 champion Anthoine Hubert ahead of Tatiana Calderon.