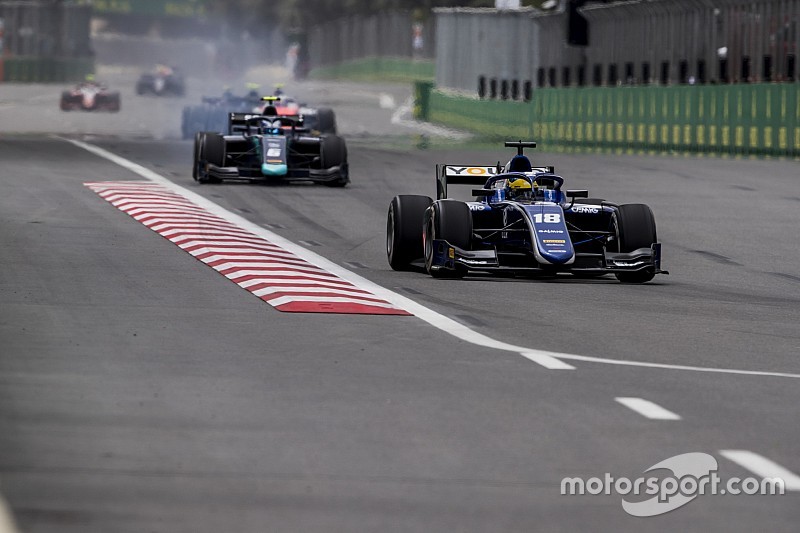 Sergio Sette Camara has been disqualified from second place in the Formula 2 sprint race in Baku after running out of fuel.

The Carlin driver had scored his third podium in four races after being passed late on by eventual winner George Russell.

A statement from the F2 organisers read: “Following today’s Formula 2 Championship Sprint Race at Baku, Azerbaijan, it was found that car #18 [Sette Camara] had stopped on track as a result of having insufficient fuel to return to the pits.

“The Stewards have determined that the Carlin team failed to ensure that the minimum required 0.8kg sample of fuel could be taken from the car in the post-race technical checks.

“As a consequence, Sergio Sette Camara has been disqualified from the sprint race results following the breach of the Technical Regulations, and hence promotes Nyck de Vries to second position and Nicholas Latifi to third, with everyone else also moving up one position.

A podium for Nicholas Latifi in Baku