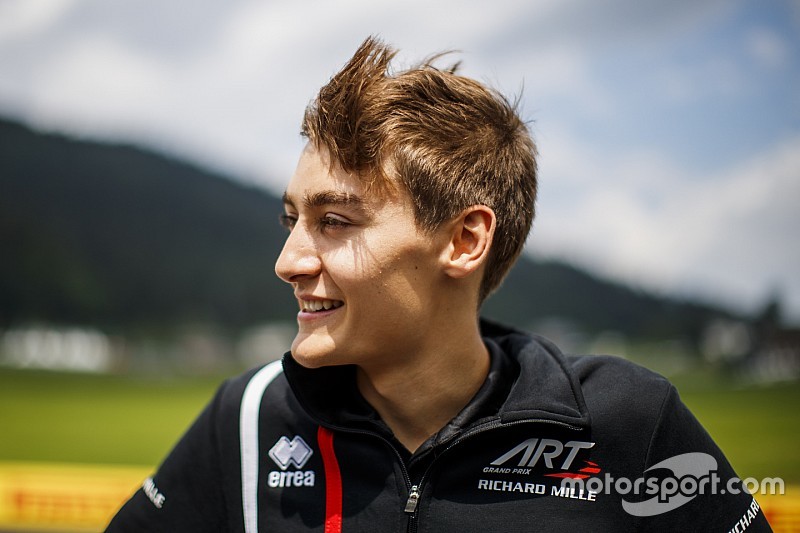 Mercedes Formula 1 junior George Russell dominated the Formula 2 practice session for his home round at Silverstone, leading the way by seven tenths.

Russell, who took the points lead from Lando Norris last time out in Austria, took a comfortable lead with a 1m40.410s effort, minutes before Nicholas Latifi spun and brought the virtual safety car out.

That prompted the start of the mid-session lull with Russell heading Latifi's DAMS teammate Alex Albon and Norris.

The top two maintained the status quo in the second half of the session, with Russell taking first and Albon seven tenths behind.

Norris improved slightly but still missed out on second place by 0.036s.

The McLaren junior damaged his front wing at the very end when he tried to pass Sean Gelael, the duo making small contact.

MP's Ralph Boschung, who went wide and ran through the gravel in the early stages, was fourth, with Jack Aitken edging Luca Ghiotto out for fifth.

Antonio Fuoco had an off-track excursion but ended up 10th, beating Artem Markelov by less than a tenth.

Arden's Maximilian Gunther was another driver to go off, the German rookie ending his session in the gravel at Turn 1.