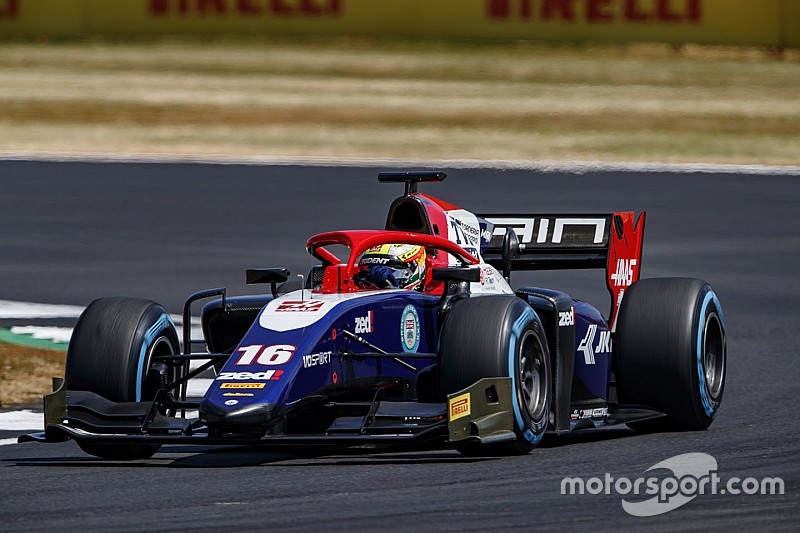 Indian Formula 2 driver Arjun Maini was left frustrated once again after a botched pitstop dropped him outside of points-scoring positions in the Silverstone feature race.

Maini qualified seventh on the grid for Round 7 of the championship, but fell behind series veteran Artem Markelov on lap 2.

He then initiated a superb charge, repassing Markelov on the outside at Brooklands before reeling in McLaren Formula 1 junior Lando Norris when the Englishman ran wide at turn 2.

He also managed to pass Carlin’s Sergio Sette Camara away from the TV screens to move up to fifth, only to lose 20 seconds in the pit stop and emerge out on track in 17th position.

Despite the setback, he put his head down and tried to pass Trident teammate Santino Ferrucci, but got pushed off wide in an incident for which the American was slapped with a five-second penalty.

After a brief trip to the gravel, the Indian resumed his recovery drive, eventually finishing in 14th position.

Unfortunately, the slow pitstop -  the second of the year after Bahrain, will also hinder his chances of scoring points in tomorrow's sprint race, as the grid for that event is decided on the basis of the feature race.