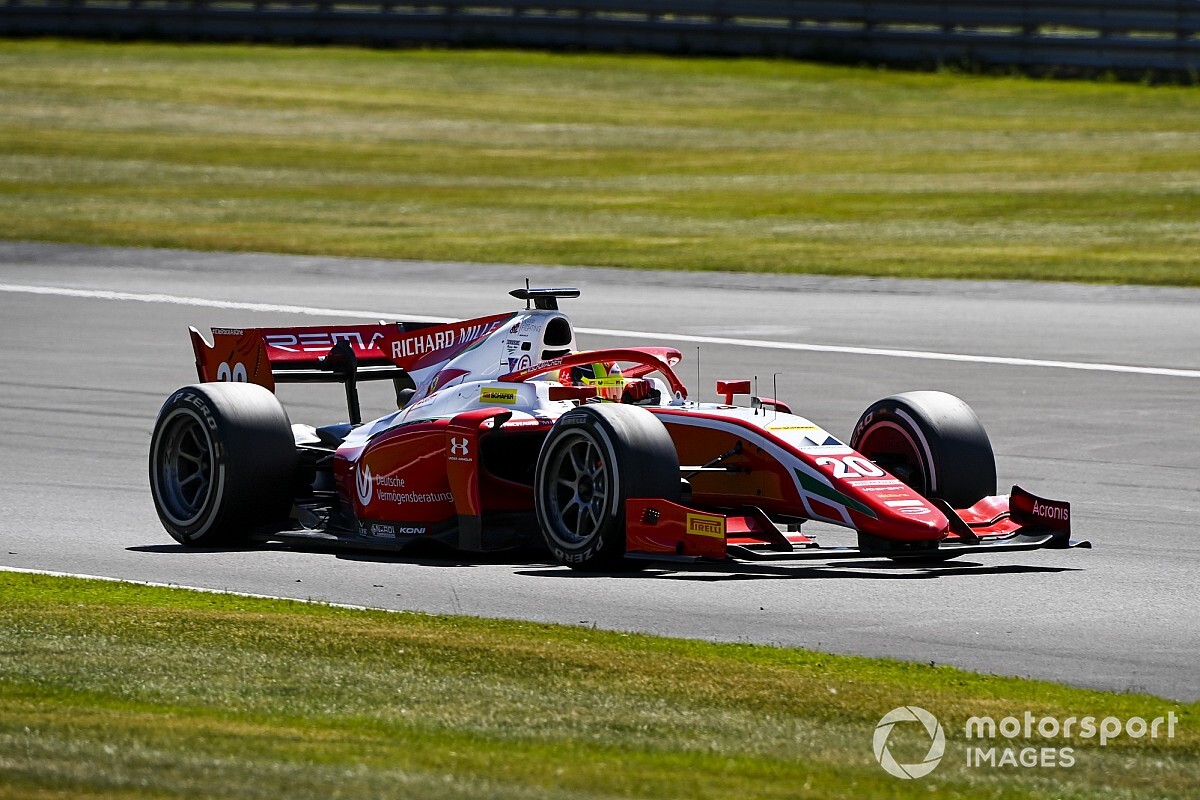 Ferrari junior Mick Schumacher was fastest in practice ahead of the second successive Formula 2 weekend at Silverstone.

Hitech Grand Prix’s Mazepin was fastest in all three sectors to briefly displace Schumacher at the top of the timesheets, but Mazepin lost his time benchmark a few moments later for running wide at Stowe and dropped to 13th place.

The red flag was then brought out to recover reigning Euroformula Open champion Marino Sato’s stricken car after smoke and fire billowed out of the rear of the Trident-run car.

The session restarted with just over 10 minutes remaining, but nobody troubled Schumacher’s best effort.

Williams junior Jack Aitken was seventh for Campos Racing but spun in the dying moments of the session on the exit of Brooklands.

ART GP’s Marcus Armstrong – one of five Ferrari juniors in the field – continued to struggle at Silverstone, posting the 14th fastest time.

Fellow Ferrari junior Giuliano Alesi spun his HWA machine on the exit of Brooklands early in the session, but re-joined to post the 18th fastest time.