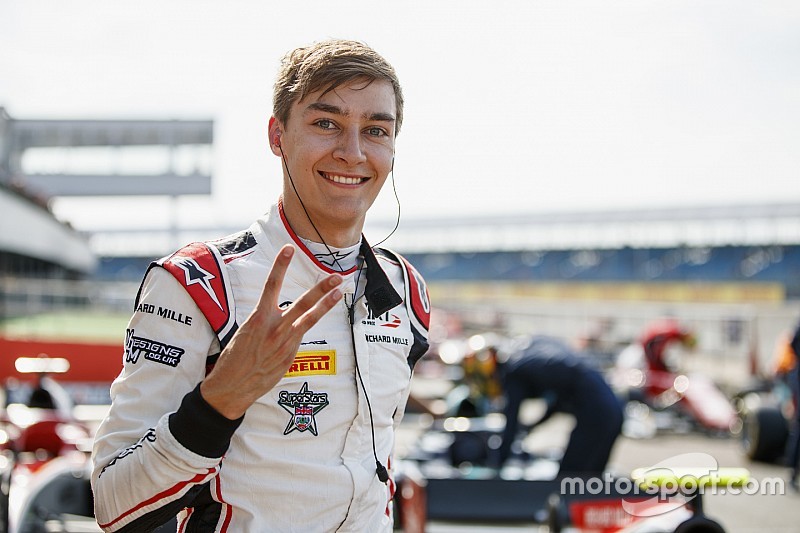 Mercedes Formula 1 junior George Russell took his third Formula 2 pole in a row in qualifying for his home round at Silverstone.

Unlike in practice where, Russell was a dominant 0.7 seconds ahead of the field, he edged out nearest rival Alexander Albon by just 0.076s in qualifying.

Antonio Fuoco ran off-sync as the other drivers pitted with under 15 minutes to go, and he put the Charouz car onto pole with a time 0.3s quicker than Russell.

But in the later runs, Russell pulled off a brilliant flier to drop alone into the 1m39s bracket.

Albon suffered his worst qualifying of the season with eighth in Austria, having taken three poles in a row himself earlier in the season. But the DAMS driver will start second for Sunday's feature race.

Fuoco held on for third, 10 spots better than he managed at the Red Bull Ring the week previous, while Louis Deletraz improved late on to sit one spot behind his teammate.

Sergio Sette Camara was the highest-placed Carlin runner in fifth, and will share the third row with teammate Lando Norris, who was 0.4s adrift of fellow British F1 junior Russell.

Arjun Maini (Trident) and Artem Markelov (Russian Time) both jumped into the top eight, while Luca Ghiotto (Campos) and Maxi Gunther (Arden) rounded out the top 10.

The session was heavily delayed due to Roy Nissany stopping out on track with 22 minutes to go with reported engine difficulties.