Sirotkin column: When going all-in for the win backfires 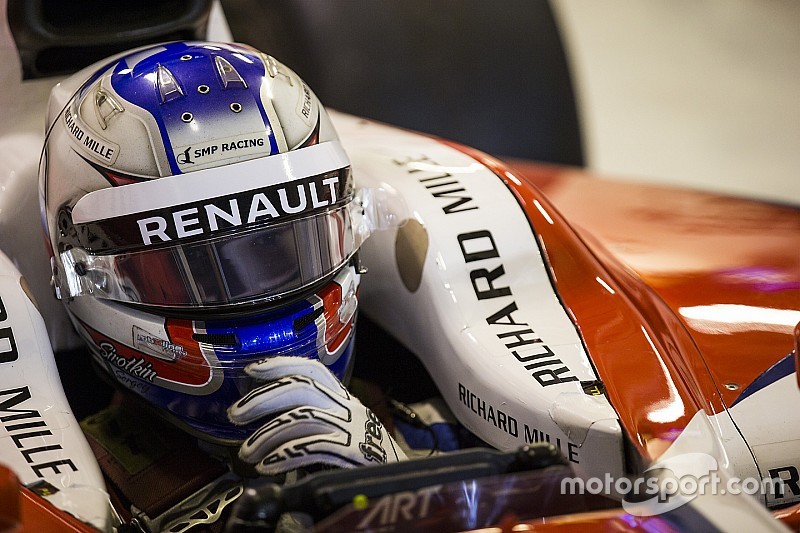 In his final column of the 2016 season, Sergey Sirotkin looks back at how he secured third place in the GP2 drivers' standings on countback in the last round at Abu Dhabi.

The 2016 GP2 campaign has come to a close – and the final round was a rough ride, just as the championship has been as a whole.

Starting with practice, we had a few issues, and I myself needed a bit of time to adapt. I still cannot explain, even to myself, why it's so much more difficult to go from a Formula 1 car to a GP2 car than the other way around. But that's the way it is – and, after my run with Renault in Brazil, I had to get back in the groove for GP2.

In the beginning of practice, I was making mistakes, missing braking points and having issues with electronics, like in Monza and Malaysia. In the end, we had to turn off a few channels to avoid technical problems, which was not exactly an optimal solution, but it worked.

The result was an unrepresentative ninth place. The lap I did, on used, basically square rubber, allowed us to see that we had strong pace – and qualifying was proof of that.

I still think that we had even better pace than poleman Pierre Gasly, and that we must've come up short due to a tyre warm-up mistake. If the cut-off for the lap had been three corners before the line, we would've been on pole. But the rear tyres just ran out at the end of the lap, and the final two corners cost me something like half a second.

In the opening race, Pierre was very fast on the supersofts, and it was not possible to chase after him. We had been hoping for strong race pace after qualifying, but a lack of race trim simulation laps in practice played a part, as did the fact I hadn't done a practice start. As such, Pierre checked out fast.

During the pitstop, we slipped behind Artem Markelov. We were far from the only ones stopping on the sixth lap, and I lost a tremendous amount of time allowing other cars through in the pitlane – with Artem being among them. The time lost would also cost us late in the race, when my teammate Nobuharu Matsushita ended up ahead on an alternate strategy.

For much of the race, I was running with Artem – and I have to give him credit, he did a great race. In the beginning I wasn't trying to put much pressure on him and was just keeping in DRS range, to save tyres but stay within striking distance.

I had reckoned that our pace was stronger, but he managed to get away as we were getting by slower cars. He was catching them right before the straight and using DRS to pass, while I had to wait longer, running close behind those on the alternate strategy in the slow third sector.

The team and I later counted up that each car in the traffic was costing me somewhere between 1.5s and 2s. And it was bad for the tyres, too – we had to pass cars in the corners and not on the straights.

I edged closer to Artem later in the race, but with my tyres in slightly worse condition, we could only hope to pass if he'd made a mistake. But, again, he'd done a great race and, unlike many others, didn't drop the ball anywhere.

By the final laps, I'd used up all the resources to try to hold off those who opted for a late stop and were catching up. Finally, I'd held on to fourth place. It could've been better, but there's no use being upset or blaming anyone.

For the Sunday race, I got a good start. The getaway on Saturday was my first proper go at it, and for race two we were better prepared – and I moved up to second.

However, later on in the race, I made a tactical mistake that not only cost us a chance at victory, but second place, too. So, even though I'd secured third place in the standings thanks to fastest lap bonus points, I was pretty dismayed.

It was something like eight laps to go when I saw that Johnny Cecotto had dropped back from me. Tyre wear on Sunday was indeed high, and I saw I was on the limit myself – but at that point I thought “finally, the guys are hitting the cliff”.

Alex Lynn, who was up ahead, looked to be losing pace as well, and I decided to go after him. Over the next three or four laps, my tyres, which had seemed better than my rivals', were now in worse shape. The drop-off was really sudden, although things like that did tend to happen quite often this year.

I desperately wanted to win the final race and it looked like it was going my way. But it unravelled in those three to four laps, and the rest was really tough, to the point where I couldn't keep Cecotto at bay.

It's upsetting that the season ended like it did. But that's how it was so often this year – when I just wanted too much.

Because I didn't want to finish second, I very nearly gave up third place in the standings. For the whole season I was doing everything I could to win, instead of working towards preserving a second place here or a third place there.

Gunning for the win on each occasion worked out sometimes. But sometimes it didn't.