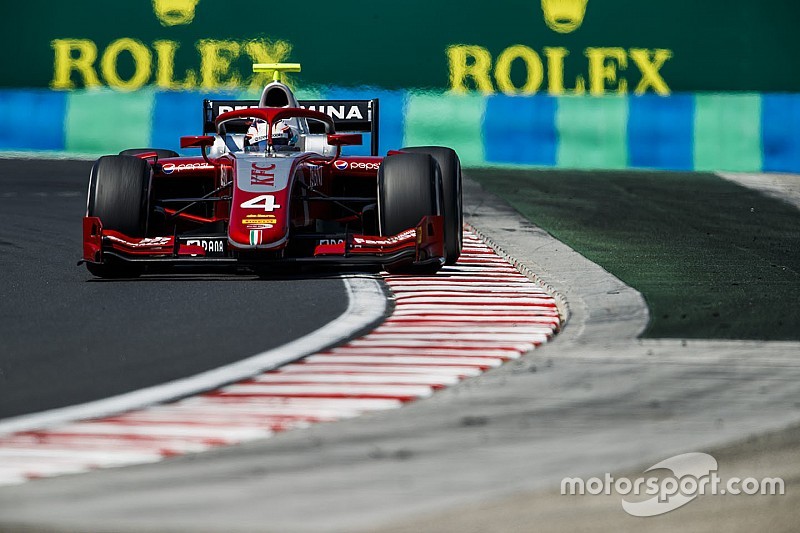 McLaren junior Nyck de Vries fought back from not having a laptime in the early stages of qualifying to claim his first Formula 2 pole position at Spa-Francorchamps by more than four tenths.

Due to the length of the track and the durability of the soft tyres, drivers had just one lap available to set their best times in each of their two runs.

However, he found himself second already before he rejoined the track for his second run, as de Vries toppled him during the mid-session lull.

The Dutchman did not have a representative laptime as his early flyer was disallowed due to track limits, prompting him to make his second attempt on a clear track.

De Vries took the lead comfortably with a 1m56.054s and, despite not being able to return for another go in the dying stages, his lap still remained the best until the chequered flag.

He was helped by Antonio Fuoco stopping on track, bringing out the yellow flags with one minute remaining, but his lead regardless did not appear to be in danger as Russell only improved by half a tenth.

The Mercedes F1 junior had to settle for second, 0.403s off the pace, with Sette Camara taking third.

Luca Ghiotto took fourth ahead of Norris, who also stopped on track at Turn 13 at the end of the session.

Alessio Lorandi, who stepped up from GP3 to F2 in the previous round in Hungary was 19th, only ahead of Dorian Boccolacci, who made the same move and is making his debut in the series this weekend.