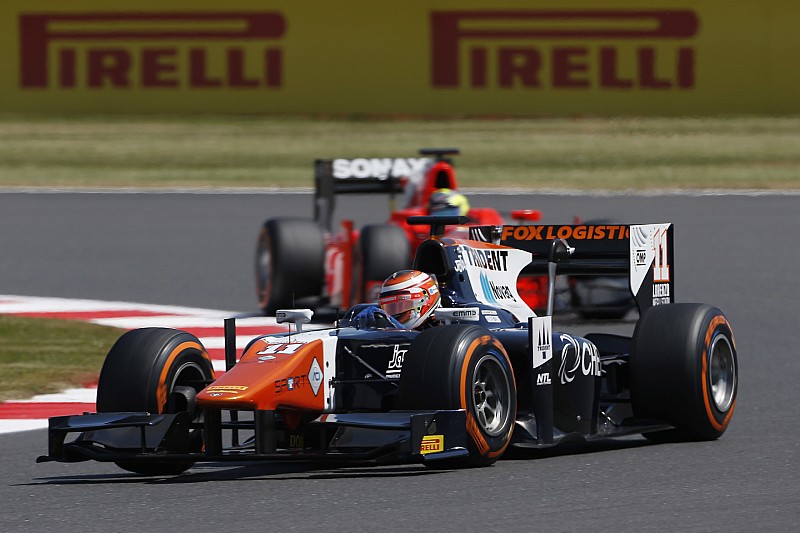 Raffaele Marciello: "This is my favourite round of the year because it is my home race."

They say nobody is a prophet in his own country. Stoffel Vandoorne proved them wrong as the Belgian ace topped the free practice session before grabbing a fourth pole position at Spa-Francorchamps. He then went on to win his fourth feature race of the year adding enough points to his tally by the end of the weekend to outdistance his closest rival Alexander Rossi by 105 points.

This mammoth advantage did not make the American crack as he finally claimed a long-awaited first win this season in the Sunday race. It was more a weekend to forget for Rio Haryanto who failed to score points for the first time since Monaco. A disappointing qualifying result for the popular Indonesian was followed by a ten second stop & go penalty in the feature race. He is now lying third in the drivers’ standings with the exact same amount of points as rookie Sergey Sirotkin (109).

The GP2 Series paddock set up camp this week at the Autodromo di Monza, a track best known for its speed. It will be a home race for Ferrari protégé Raffaele Marciello who will have at heart to get back on the podium, but he will have a lot of challengers starting with Arthur Pic whose form was back in Belgium. RUSSIAN TIME’ had resurgence at Spa with both drivers snatching a podium finish. Everything is set for another GP2 classic weekend with Pirelli selecting Hard and Medium tyres to cope with the fast corners, the long straights and the heavy braking of the Italian track.

“This year’s GP2 has provided lots of excitement: as the season is coming to a close it is still all to play for. Tyre strategy will be key to success once more in Monza. It is famously a very fast and demanding circuit but we are confident that our nominations are the best options for the GP2 races, which will take in a wide variety of racing conditions. It’s going to be interesting to see the effect of the DRS system at Monza, which is in place for the first time this year. Monza is very close to our hearts as it takes place close to Milan, the home of our headquarters.”

Raffaele Marciello - Trident: “This is my favourite round of the year because it is my home race. It’s a very fast track with low downforce. It is quite tricky to find grip. You need to be really good in finding the limits of the car, but it’s quite difficult there. There are fast corners and a challenging first chicane. It’s not an easy layout. “Regarding overtaking opportunities, there’s such a long straight, it’s a bit easier to stay close to the car in front and to try and pass them.

On top of this, this year, we have the DRS which will increase the opportunities for manoeuvres. It will be one of the most exciting races of the year. “In terms of tyre degradation, it should be easier to manage as we have the long straight to cool down. You don’t have that many corners. You can push a bit more. This means that in terms of strategy, there will be a bit more flexibility.”