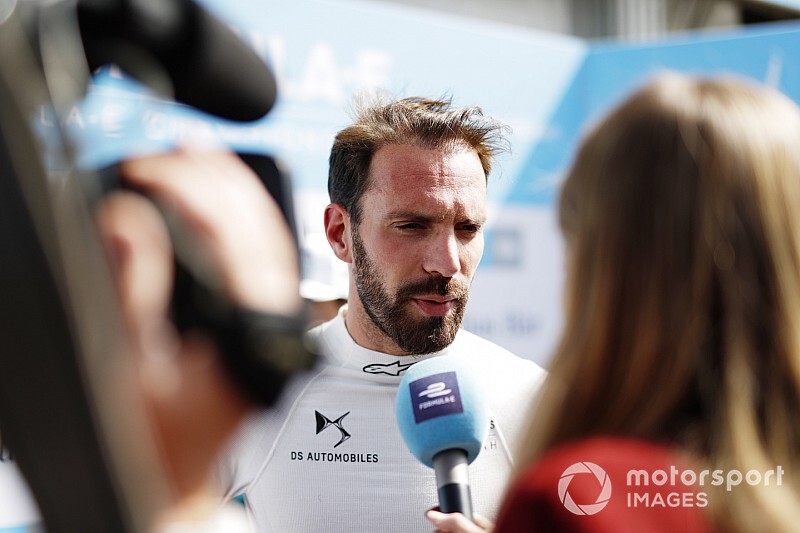 Jean-Eric Vergne will be a Formula 2 Abu Dhabi stewards' advisor, but Motorsport.com understands this is not set to be his community-service punishment for his controversial Formula E radio messages.

The double Formula E champion and ex-Toro Rosso Formula 1 racer says he agreed to work in the role as FIA president Jean Todt asked him "to assist them" this weekend.

The FIA has confirmed to Motorsport.com that Vergne will not be an official event steward in regards to his F2 work, and that has nothing to do with the officiating for the F1 action.

Vergne also says that his punishment for asking his DS Techeetah FE squad to "tell [then teammate] Andre [Lotterer] to stop ... to bring out the safety car" after both were involved in an early crash in the first race at the 2018-19 FE season finale in New York has not yet been set.

When the FIA initially announced Vergne's punishment, it stated he must serve it within six months, a timeframe that expires on January 14, 2020.

"I'm going to be in Abu Dhabi [as the] drivers' steward, but I don't think that's the penalty," Vergne told Motorsport.com.

"That was just the president asking me to assist them and so it would be a good opportunity to know the other side and to understand what's going on behind the scenes.

"So I'm happy to do it. I have nothing else to do and this way I learn something new about my sport."

"I don't know what it is. I was supposed to go to the to the FIA Games in Italy. But I was in Austin for the F1 [race].

"We're going to find something else but I think that the air has been cleared on the messages.

"[The] radio messages have been studied and I think we all understood that there was no harm in my message.

"What everybody did not see is that when I came on the radio Andre was already in the wall with a broken front wing trying to move.

"So you know it was a bit in the heat of the moment. It is not something I would do again, for sure. But if it was really that bad, they could have gone further [with the punishment]."

The FIA has handed out community-service punishments before – including requiring drivers to attend training seminars for its stewarding officials.

Back in January, Max Verstappen attended the Marrakech FE event to observe the stewards working at that race as part of his punishment for shoving Esteban Ocon following the 2018 Brazilian Grand Prix.