Guanyu Zhou represents China’s only chance of having a Formula 1 driver in the next 15-20 years, according to Alpine academy director Mia Sharizman.

Zhou has been part of the French team’s academy since 2019, joining under its previous Renault guise, and served as the squad’s F1 test driver last year.

He scored his maiden victory in Formula 2 last year, but could only finish sixth in the championship despite being tipped for a title bid at the start of the season.

The Chinese driver will remain with UNI-Virtuosi for a third season in 2021, and has been tasked by Alpine with challenging for the championship.

Alpine is already exploring options over placing its junior drivers in F1 seats, but Zhou’s future carries extra significance as the series looks for its first full-time Chinese driver.

Sharizman feels Zhou represents a once-in-a-generation chance for China to have an F1 driver, and stressed Alpine’s commitment to giving him that opportunity.

“In the case of Zhou specifically, we started off the project three years ago with the aim that [he would be ready for F1] by the end of his three-year tenure here in the academy,” Sharizman said. "It was always a once in a generation project, especially for Zhou coming from China.

"We will never, ever see another Chinese driver for the next 15-20 years, whether in Formula 3, Formula 4 or Formula 2.

“That is something that from the team itself, from the Renault Group, from the Alpine F1 team, we are committed to make sure that happens in the future.” 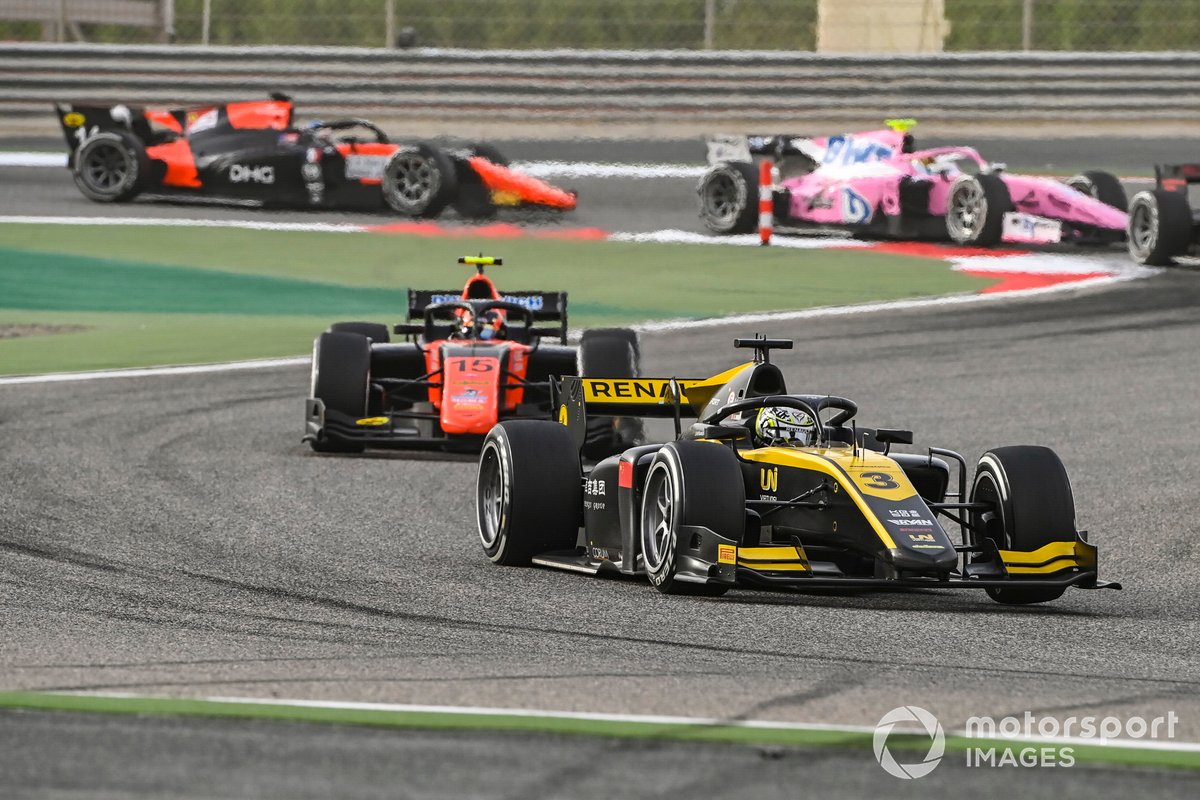 Zhou has sampled F1 machinery in a number of test outings with Renault, spending time in its 2018-spec car throughout last year, but has not yet featured in a grand prix weekend.

Ma Qinghua is so far the only Chinese driver to take part in an F1 practice session, featuring in five FP1s with HRT and Caterham across 2012 and 2013.

Asked by Motorsport.com about the high expectations in China to reach F1, Zhou said he was focusing on a high finish in this year’s championship to gain the super licence points required for a graduation.

“If I can get the title, we have the potential, then I can be an F1 driver and I’m ready to be driving an F1 car,” Zhou said. That’s exactly the target for this year, to try and win the title, be one of the title contenders.

"Definitely to be a title contender is the key, but if not, to finish top three. We saw in the past that drivers who finished in the top three in the Formula 2 championship, they are in F1 the following year.

“It’s a high level championship to be showing your potential and if you’re capable to do it, and I think I’ll have a chance to be stepping up.”