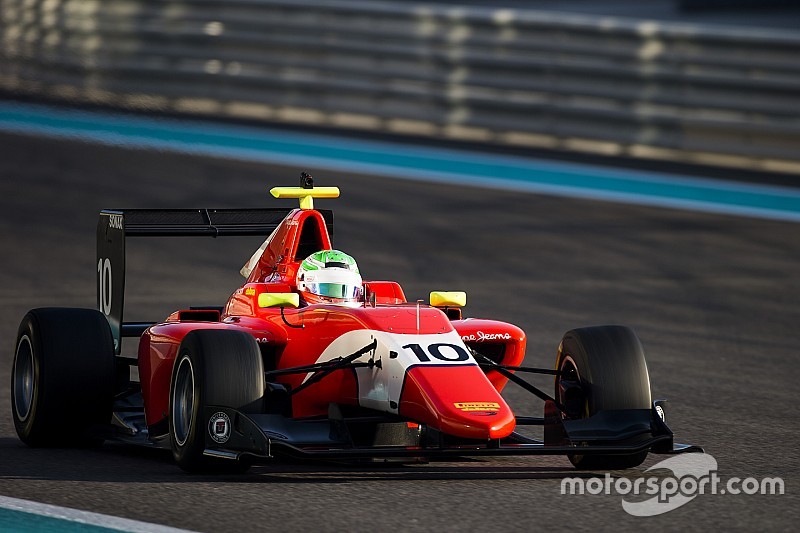 British squad Arden has announced Leonardo Pulcini and Steijn Schothorst as its drivers alongside Red Bull protege Niko Kari for the 2017 GP3 season.

Arden has been in GP3 since its inception in 2010, claiming the drivers' title with Mitch Evans and Daniil Kvyat in 2012 and 2013 respectively.

Kari was previously confirmed as an Arden driver by Red Bull, but now the team has announced the signing of Euroformula Open champion Pulcini and second-year GP3 driver Schothorst.

Pulcini, who raced in Italian F4 for a year before moving up to Euroformula Open in 2015, tested with Arden on Day 3 of the Abu Dhabi post-season test, going fifth-quickest.

He said: "I'm very delighted to race with Arden in GP3 this year, last year's Abu Dhabi test was very good with them, so i know that i have all the potential to fight for the win!

"I will give everything for this opportunity. The season is about to start, can't wait for it!"

Schothorst, mentored by former F1 driver Giedo Van der Garde, will kick off the season with a year of experience already under his belt, having taken 13th in the points with Campos last year.

"I'm very happy to be able to join Arden for the 2017 GP3 campaign. They have shown that they are one of the strongest teams out there," said Schothorst.

"I believe that together with the experience that I have gained last year, we have a lot of potential for a very strong season, so I can't wait to get the season started."

Arden GP3 team manager Richard Dent added: "We tested all three drivers at the end of 2016 and we were very impressed with how each of them quickly integrated themselves into the team.

"It’s great to secure Niko, Leo and Steijn for 2017, it’s a good combination of series rookies and series experience and I have no doubt that each will be a front runner and be challenging for race wins.

Schothorst and Pulcini are the sixth and seventh names confirmed on the 2017 GP3 grid, making Arden the first team to finalise its full line-up.