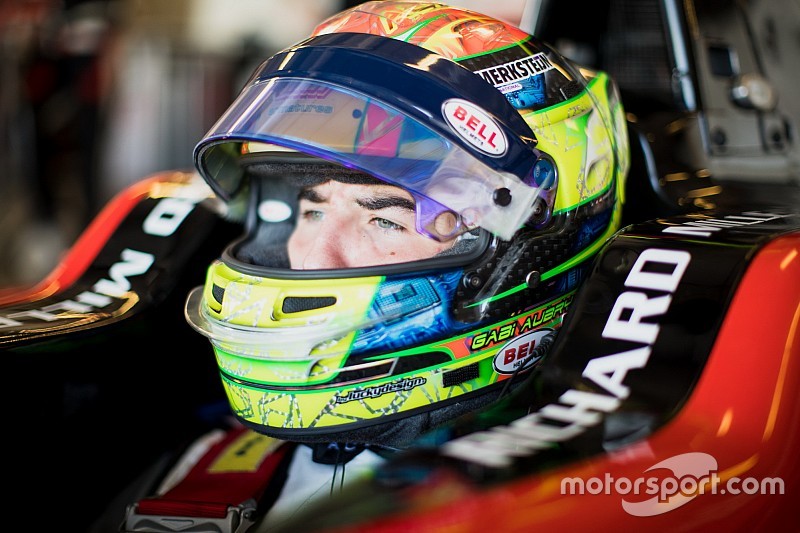 Eurocup Formula Renault 2.0 frontrunner Gabriel Aubry will join Arden Motorsport for the 2018 GP3 season, it has been announced.

Aubry, 19, will make the step up to GP3 after one season in French F4 and then two years in Formula Renault.

He ended the second of those two campaigns fifth in the standings, scoring three wins and eight podiums.

The Frenchman tested with new GP3 team MP Motorsport on the first day of the post-season test in Abu Dhabi before switching to ART for the next two.

He said: "Arden is one of the most successful single-seater teams of the last 20 years and are very motivated for 2018.

"This year is a clear step for me following two seasons of Formula Renault. I am joining an experienced team and I am convinced I will continue to learn a lot with them."

Aubry is the squad's first signing for the upcoming season.

Arden has also announced that Seb Priaulx, son of WTCC and sportscar ace Andy, will join the squad in British Formula F4.