Renault junior Oscar Piastri took a commanding FIA Formula 3 victory in the second race at Barcelona, after charging from fifth to first place on the opening lap. 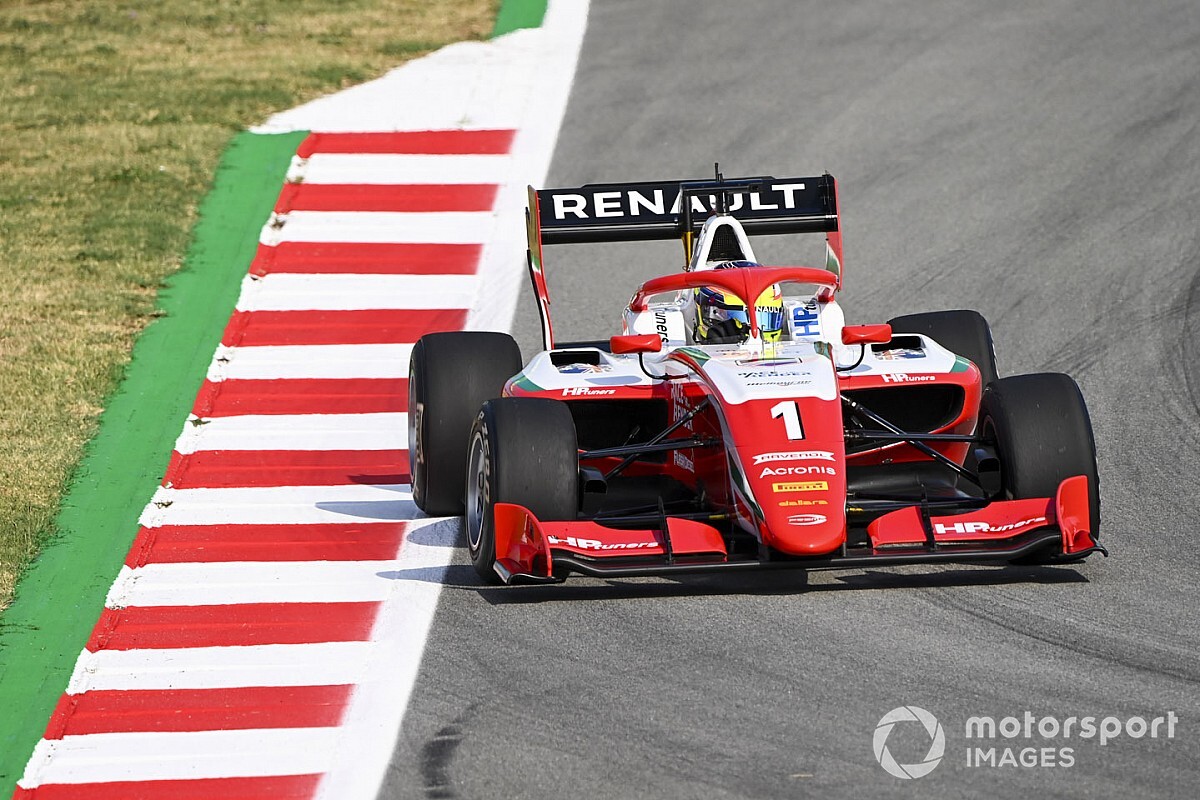 Prema driver Piastri, who lost his championship lead to his teammate Logan Sargeant last weekend at Silverstone, vaulted into third place by Turn 1 on the first lap on the reverse-grid race.

FIA F3 returnee Alex Peroni took the lead from polesitter Matteo Nannini at the opening corner, but the pair made minor contact and left themselves vulnerable to Piastri.

19-year-old Australian Piastri swooped around the outside of Nannini at Turn 3 and then dived down the inside of fellow countryman Peroni to take the race lead at Turn 4.

Jenzer’s Nannini, who earned his first FIA F3 point in Saturday’s race, made a bold dart to the inside of Peroni at the left-hander at Turn 5 to move into second place.

The safety car was required a few moments later for a multi-car collision, which left Renault junior Max Fewtrell and Trident’s Olli Caldwell in the gravel on the exit of Turn 2.

Piastri fired in a series of fastest laps as the race restarted and was able to build a small but comfortable advantage at the front of the field.

His lead was reduced to nothing with just under 10 laps to go, when Nannini’s teammate Federico Malvestiti ended up beached at the gravel at Turn 5 and brought out the safety car for the second time.

Piastri mastered the restart once again, leading Peroni, who had overtaken Nannini down the inside of Turn 1 at the halfway stage in the race.

Piastri eased to the chequered flag to take his first race victory since winning the season-opening encounter at the Red Bull Ring.

20-year-old Peroni continues his impressive second season in FIA F3 following his year-ending crash at Monza last year, with his third podium of the year in a season’s best second place.

Nannini – nephew of one-time Formula 1 race winner Alessandro Nannini – picked up his first FIA F3 podium in only his second year in single-seaters.

Piastri’s main title rival Sargeant also made a fast start to move from eighth on the grid to fifth place. However, he failed to progress any further and finished in fifth place ahead of ART Grand Prix’s Theo Pourchaire.

Trident’s David Beckmann recovered from a brief off-track moment on the opening lap to take ninth place ahead of Saturday’s race-winner Jake Hughes.

Barcelona F3: Hughes takes first win in over a year