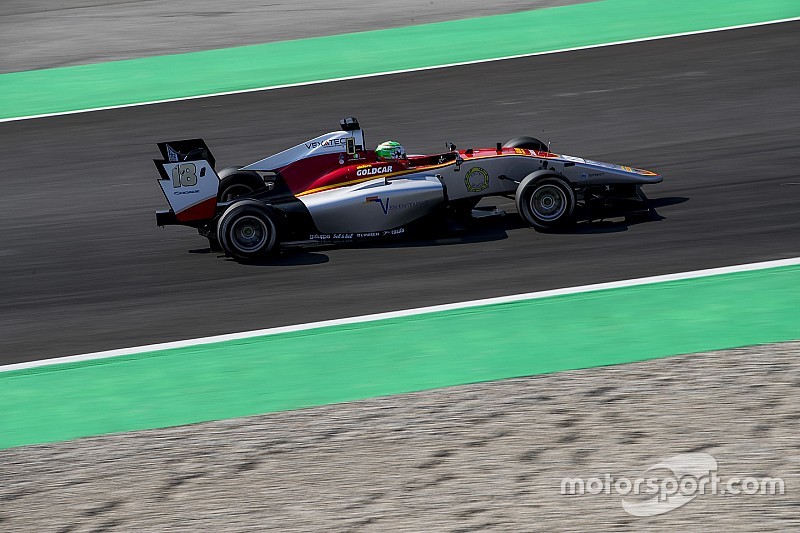 Only 0.062s separated the top three of Anthoine Hubert, Giuliano Alesi and Jake Hughes after the first set of flyers, but Mazepin was quick to break through the 1m33s barrier and take the lead.

The Russian held a lead of less than a tenth over teammate Hubert into the mid-session lull, and it was also Mazepin who initially lowered the benchmark during the second runs as well.

His 1m32.410 gave the Russian a significant advantage, with Niko Kari and Pulcini only managing to narrowly cut into his lead.

When fellow ART drivers Hubert and Callum Ilott managed to set comparable laptimes, the Frenchman even outpacing him by 0.005s, Mazepin went a tenth quicker and reclaimed the lead.

Mazepin will start his maiden GP3 race in second, with ART teammates Hubert and Ilott forming the second row.

David Beckmann was the fastest Jenzer car in eighth with Alessio Lorandi and Alesi leading Trident's effort to complete the top 10.

Hughes had a disappointing session in 11th, more than half a second off the pace of his teammate Mazepin.