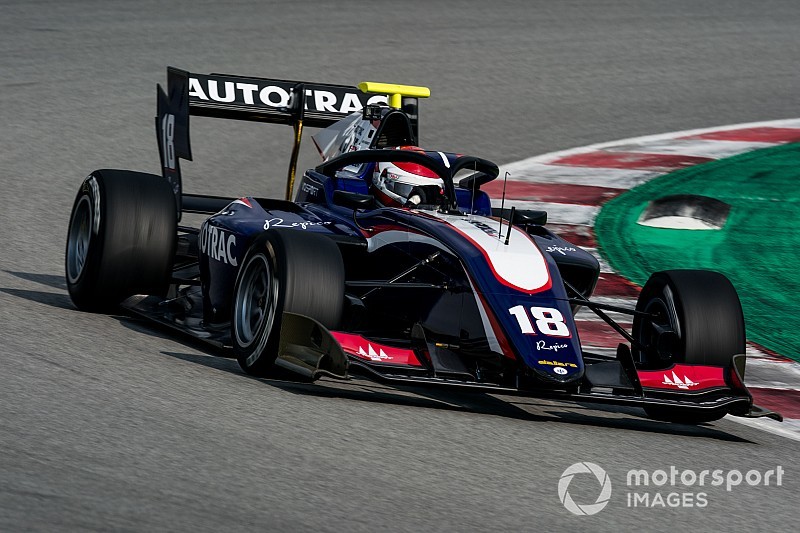 Trident driver Piquet jumped to the top of the leaderboard in the last three minutes of Friday morning's 45-minute free practice session with a lap of 1m33.255s.

Red Bull junior Juri Vips steered his Hitech Grand Prix-run car to second, 0.009s behind Piquet, making the most of improving track conditions to move up the order in the closing minutes.

Ferrari Academy driver Robert Shwartzman had topped most of the session, initially clearing the field by half a second, but his time ended up 0.255s shy of Piquet's.

Niko Kari jumped up the order late on to give Trident two cars in the top four, with GP3 veteran Jake Hughes in fifth for new single-seater squad HWA.

Simo Laaksonen was eighth for MP Motorsport, ahead of the top ART Grand Prix car of David Beckmann, whose session was hampered by picking up front wing damage by making contact with Fabio Scherer at Turn 12. Renault junior Ye Yifei rounded out the top 10 for Hitech.

Another Hitech driver, Leonardo Pulcini, set the fastest pre-season testing lap at Barcelona this year, but could only manage 24th, nearly two seconds off the pace.

Pulcini, however, did not use a second set of tyres unlike most of his rivals, and described himself as "confident" heading into qualifying.