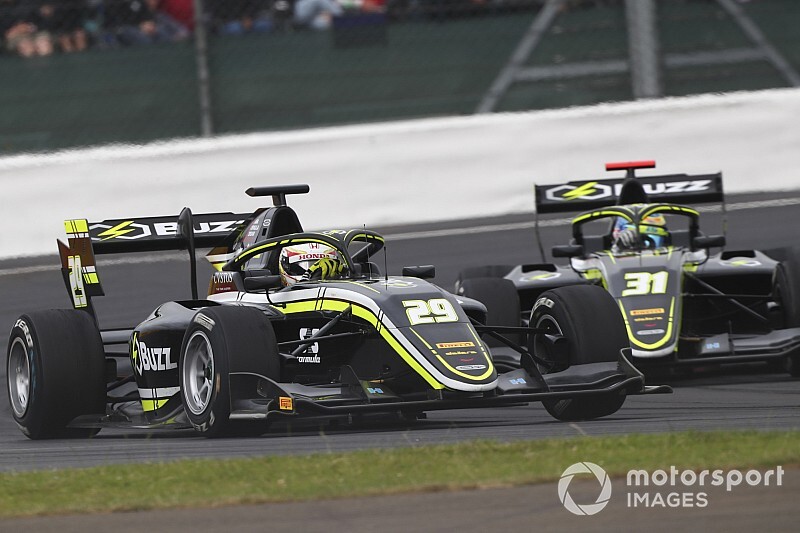 Ahmed, 20, scored 13 wins in 24 races to secure the 2017 British F3 title with Carlin, and has spent the past two seasons in F3 machinery - following up a race-winning campaign with Hitech in the 2018 FIA European F3 championship by finishing third in last year's Japanese F3 championship for the B-Max Racing with Motopark squad.

Ahmed has previous experience of the new-for-2019 F3 car having contested the Macau GP with Campos Racing, finishing 22nd.

“I’m glad to be home," said Ahmed. "I can’t think of a team I trust more than Carlin. They are family, and quite simply if I’m going to win, it’s only going to be with Carlin.”

He will be joined in the lineup by reigning British F3 champion Clement Novalak, who tested for Carlin in the post-season Valencia tests last October, and American Cameron Das, who won a British F3 race for Carlin in 2017 before graduating with the team to EuroFormula Open in 2018.

The three category rookies replace outgoing trio Felipe Drugovich, Logan Sergeant and Teppei Natori, who could only muster 14 points between them last season as Carlin finished ninth in the teams standings.

Sergeant has landed a plumb F3 ride at Prema, while Drugovich has joined MP Motorsport in Formula 2.

Team boss Trevor Carlin said: “I’m extremely happy to have three drivers we know so well with us for the 2020 FIA F3 season. We know what each of them are capable of, we know how they work, how they like to set-up a car and all of these elements will help us as we head into the season.

"We made some really big steps forward with the car towards the end of 2019 and in Macau and I’m looking forward to working with Clem, Enaam and Cam to build on this further in 2020."