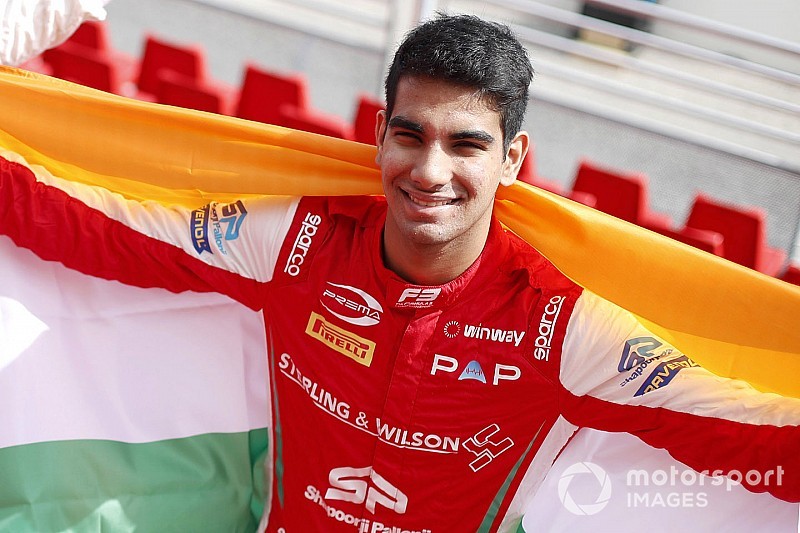 Daruvala was passed by Pedro Piquet and was running third at the start, but the Indian driver reclaimed his starting position in just two laps.

The gap between him and Hughes stagnated around 1.5s for several laps before Daruvala suddenly started to rapidly close in and pulled off a move in two laps.

Hughes was soon also passed by Armstrong, but he was able to fight back, only to then make a mistake and lose three positions.

The Briton was again able to fight back and tried to make a double move on Shwartzman and Armstrong to retake second, but he ended up hitting the latter and retired.

Shwartzman, avoiding the collision, held on to second and he completed the race in that position, closing the gap to Daruvala from 5.8s to 2.8s.

Piquet and Juri Vips were close behind Shwartzman in the late stages but they couldn't line up an overtake, with the Brazilian settling for third.

Vips had a five-second penalty given which was later cancelled by the stewards, but the Estonian's fourth-place finish wouldn't have been affected either way, as he finished 15.6s ahead of Bent Viscaal.

Viscaal stole fifth from Armstrong on the last lap, the New Zealander managing to finish the race with his damaged Prema-run car.

Yuki Tsunoda and Alex Peroni came out on top in a hectic late-race fight, which saw Devlin DeFrancesco retiring with a puncture, for the reverse-grid front row in seventh and eighth.

Ten of the 29 drivers failed to finish the race with Keyvan Andres stalling, Christian Lundgaard retiring on the opening lap and Leonardo Pulcini hitting Teppei Natori.