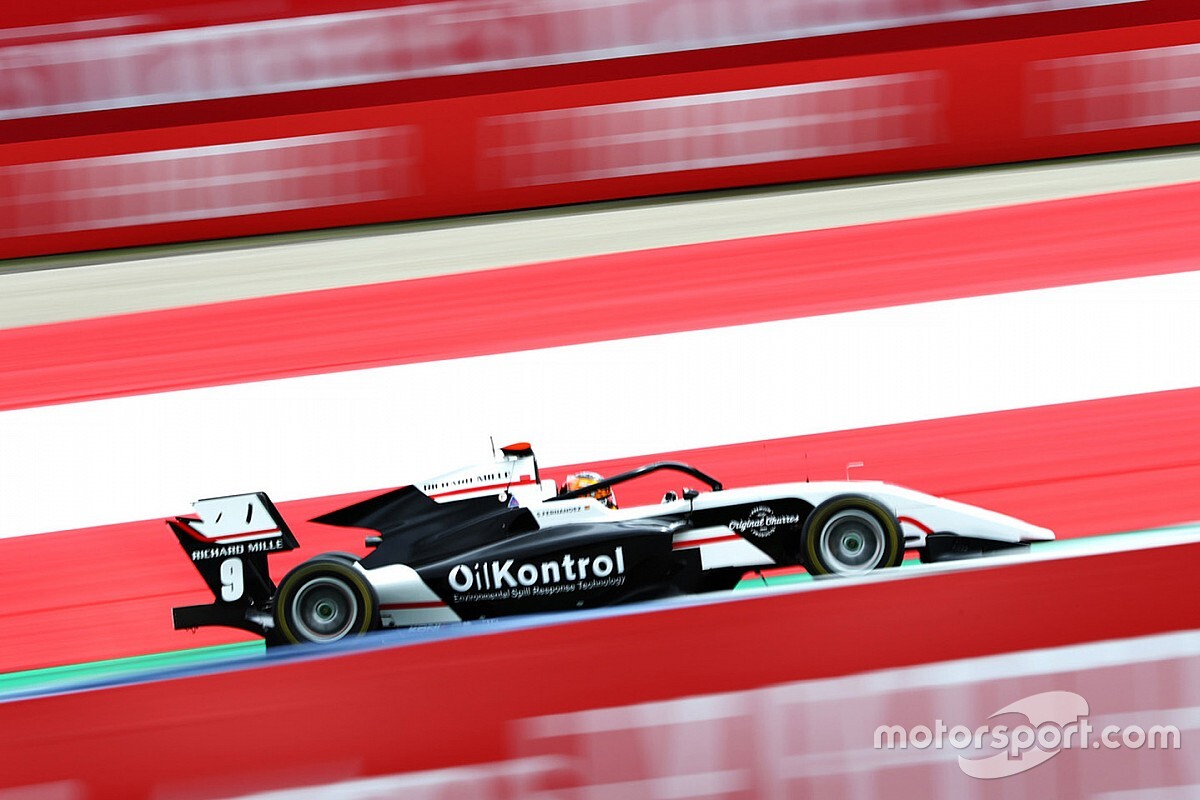 ART Grand Prix driver Sebastian Fernandez grabbed pole position at the last gasp for the opening round of the FIA Formula 3 Championship at the Red Bull Ring.

The Spanish-Venezuelan driver, who failed to score a point in the 2019 season, has added speed to his spectacular style, and that was enough for him to pip Lirim Zendeli to the four points on offer for pole by 0.016 seconds.

Trident driver Zendeli was another to have a disappointing 2019 campaign, in his case with the Charouz-run Sauber Junior Team, but the 2018 German Formula 4 champion sprang to the top of the times after everyone fitted their second sets of Pirellis, and was only beaten by Fernandez after the chequered flag fell.

Logan Sargeant was at the top of the order on his first competitive outing with Prema Racing when everyone had completed their opening runs.

But the American found himself dropping behind not only Fernandez and Zendeli, but also Prema teammate Oscar Piastri, to finish in fourth place.

Reigning Formula Renault Eurocup champion Piastri therefore led the F3 rookie contingent in third in a session that featured heavy traffic, with 30 drivers all attempting to find a clear space on a lap of just 79s duration.

Piastri set his time while running very close to ex-FRenault rival Alexander Smolyar, potentially costing him downforce in the corners at the end of the lap.

Like the Trident drivers, HWA's Jake Hughes made an early run for it on his second set of tyres, joining the circuit while the majority were still sitting in the pits.

That tactic led to a remarkable turnaround for the F3 veteran, who vaulted up the order from 23rd to briefly top the times, and ended the session in fifth.

Reigning Formula Regional European title winner Frederik Vesti made it all three Prema drivers in the top six, recovering from a spin exiting the final corner on his first set of tyres.

David Beckmann made a very commendable return to F3 competition with Trident, after a late deal to replace Devlin DeFrancesco. Despite missing the testing earlier this year, the German edged out Piastri to top free practice early on Friday, and was a solid seventh in qualifying.

Alex Peroni, who will start his first race this weekend since his horrific shunt at Monza last September, took eighth with Campos Racing, while 2019 Macau Grand Prix winner Richard Verschoor will line up ninth in his MP Motorsport car.

Completing the top 10 was the highly impressive 16-year-old Czech Roman Stanek, who did a late deal with Charouz Racing System to replace Niko Kari.

Formula 4 star Stanek, who has never even tested an FIA F3 car, went third in free practice before planting himself 10th in qualifying.

There was bad news for Charouz, however, with its car of new Red Bull Junior Igor Fraga restricted to just a couple of laps – he will line up on the back row alongside fellow Brazilian and Ferrari protege Enzo Fittipaldi.