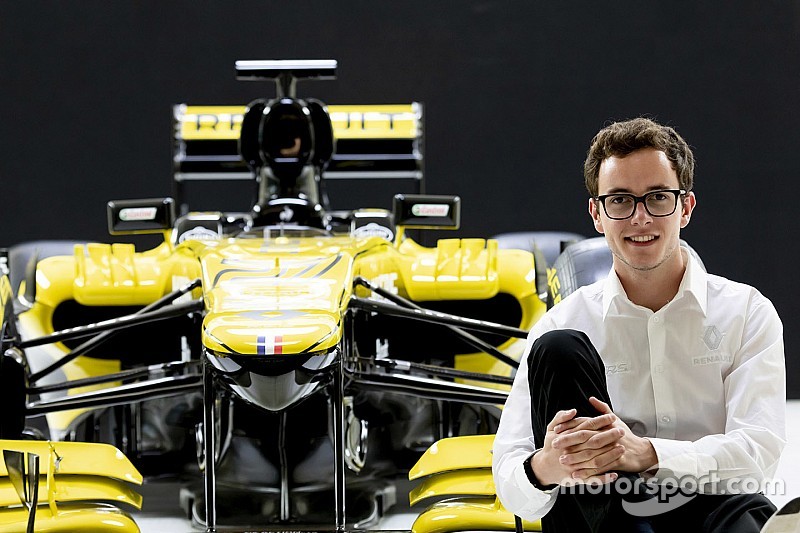 ART Grand Prix GP3 Series frontrunner Anthoine Hubert has been given a “dream” tie-up with the Renault Formula 1 team for 2018.

Hubert – who is the highest-placed driver from 2017 to return to GP3 this year – has become a “Renault Sport affiliated driver”, with a view to joining Renault’s burgeoning Academy should he meet performance targets.

“It’s obviously a big opportunity, since I’ve been in single-seaters the goal has been to get into an F1 team or an F1 programme to get the help and reach the highest level,” Hubert told Motorsport.com.

“I’m happy about that, but also because it’s with a French team I’m really proud of that.

"It would be a dream to be a French driver in a French team.”

Despite the acknowledgement, Hubert is under no illusions as to what is expected of him this year.

“I need to do the job,” he said. “If I do well this year and reach my target, I will be in the academy next year.

“I need to well this year and I’m aware of that. It’s a bit more pressure, and I need to do well. I like the pressure.”

Hubert, who was second in the morning GP3 practice session which kicked off the season in Barcelona earlier on Friday, believes he will also get the opportunity to conduct simulator work for the squad.

“They help with the preparation and offering the Formula 1 simulator and a lot of stuff to really help us develop.

"It’s nice to have interaction with a Formula 1 team, to see how they work.

“It’s not completely planned but yeah, hopefully I will do some [simulator] work as well.”