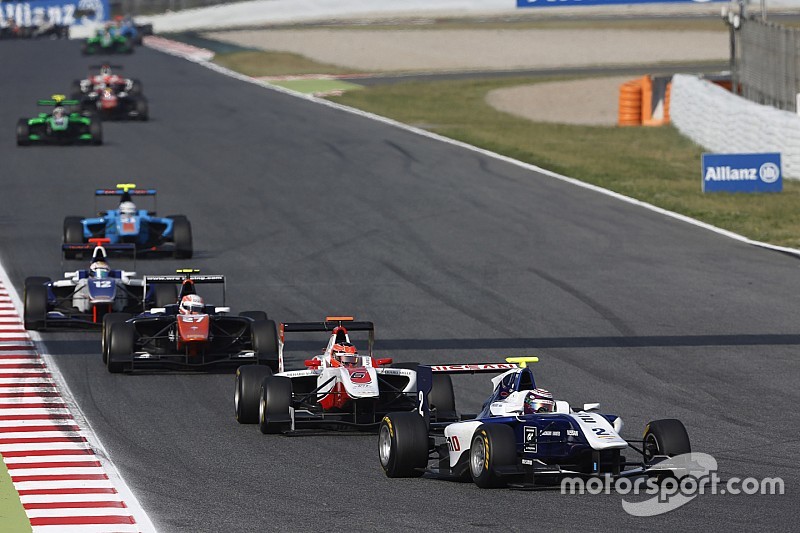 The wait since Round One in Barcelona is finally over as the GP3 Series paddock reunites for the second round of the 2015 campaign.

ART Grand Prix rookie Esteban Ocon leads the Drivers’ Standings after one event on 29 points, with his teammate Marvin Kirchhöfer just two adrift after the pair captured the opening wins of the Series. Trident’s Luca Ghiotto who claimed pole in Spain lies third in the standings after achieving his first GP3 podium. Carlin’s Jann Mardenborough, Arden International’s Emil Bernstorff (who won at the Red Bull Ring last season) and Koiranen GP’s Jimmy Eriksson all secured rostrums at the Circuit de Barcelona-Catalunya and will be hoping for more of the same this weekend in Spielberg.

The 4.326km track set in the picturesque Austrian hillside is very popular with drivers and fans alike and an extra spice could be added this weekend as it is notorious for changeable weather. The soft Pirelli compound has been selected for this event.

“I really enjoy the track. I had my first win there last season and came second in race one, so for me it was an almost perfect weekend. It’s a really good track: there are a number of overtaking places with some nice fast corners. It’s more of an old-school circuit compared to some of the ones we go too.

“I like the two left handers, basically all of the quick parts! The track is really good on tyres. In fact last year it was the one circuit we didn’t worry too much about tyre management. It could be different this season with the new softer version of the compounds so we’ll see. The atmosphere was great: there were so many fans there. I watched the F1 race from the grandstands too which was pretty cool.”

Pirelli's Racing Manager Mario Isola commented: “Austria was brand new to both Series’ last year, so it’s a track that the teams do not have so much historical information about, although we know that it is not so demanding for tyres. Last year, which was the first season that Austria returned to the calendar. In GP3, the question is more about tyre management rather than strategy, with only one compound nominated in limited quantities. Once again we have the soft tyre for Austria, but all the 2015 compounds are about a step softer than their 2014 equivalents. In the past we’ve seen wet conditions in Austria, so this is another possibility that could affect the weekend.”

• The soft compound will be in use at this weekend’s event at the Red Bull Ring.

• A reminder – GP3 race one is forty minutes, whereas GP3 race two has a thirty minute duration.

• Ocon’s victory in Barcelona was the fourth time a GP3 rookie won on their debut. The Frenchman joins Alex Lynn, Tio Ellinas and Pål Varhaug with that honour.

• Carlin and Ferrari Academy Driver Antonio Fuoco made up the most places in Race One in Barcelona – thirteen in total.

• Following Ocon’s and Kirchhöfer victories at Round One, ART Grand Prix have now achieved 24 career victories.

• ART Grand Prix leads the way in the Teams’ Standings on 57 points. In second is Carlin on 34 with Arden International on 31 points.