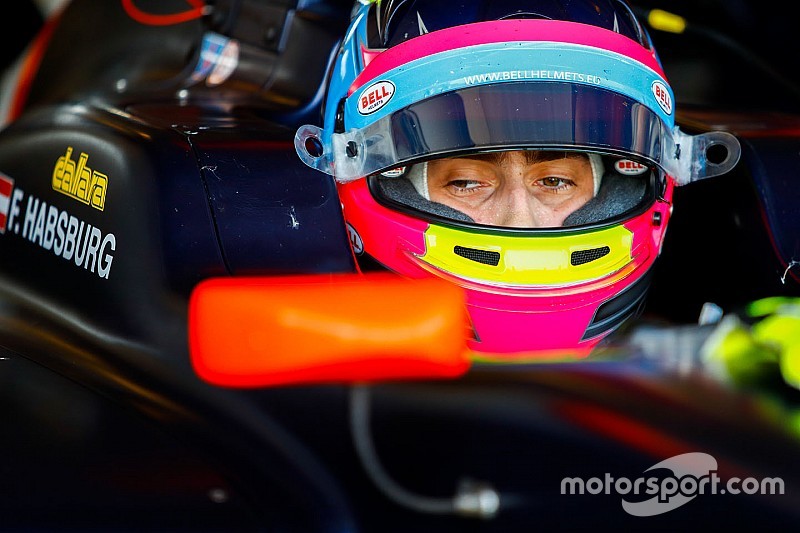 Ferdinand Habsburg set the pace in the final day of the GP3 post-season test at Abu Dhabi, as new team MP Motorsport was quickest for the third time in a row.

After two quiet days with Arden, Formula 3 regular Habsburg switched to MP Motorsport, the team that will replace DAMS next year, on Saturday.

The Austrian was fastest in the morning session with a time of 1m54.869s, beating fellow F3 regular Jehan Daruvala, who also joined MP from Arden for Day 3, by two tenths.

Jake Hughes, who is set to return to GP3 next year with ART after a season of F3, topped the afternoon session with a 1m55.578s.

However, the overall top 10 of the day consisted of times from the morning as Habsburg and Daruvala stayed in the top two.

Daruvala was nine thousandths of a second faster than ART's Nikita Mazepin, while Niko Kari, who set the pace on the first two days with MP but switched to Campos for Saturday, was a further 0.004s back.

The top 10 was completed by Trident's Pedro Piquet, the fourth ART entry of Gabriel Aubry and another Ferrari protege in Giuliano Alesi (Trident).

David Beckmann (Arden), who caused a red flag early in the morning by crashing into the barriers at Turn 1, recovered in the afternoon to 15th.