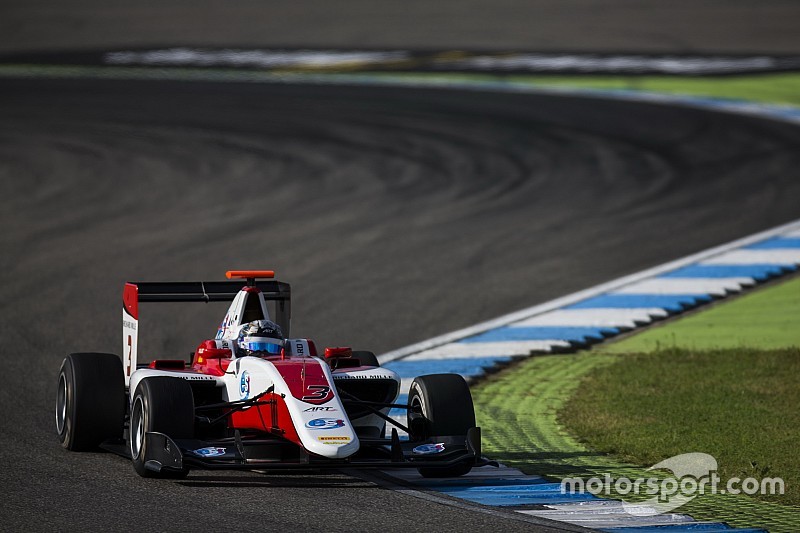 Albon was less than a tenth up on Leclerc in an ART 1-2, after the Monegasque threw away a seemingly quicker lap with a trip through the gravel.

After Santino Ferrucci and Steijn Schothorst set the early pace in the high-1m29s, Leclerc posted a 1m29.185s to briefly end up well clear of the pack.

However, Albon responded immediately, first lapping a tenth off Leclerc and then overhauling the Monegasque with a 1m29.122s.

Heading into the mid-session stops, Koiranen GP's Ralph Boschung and Arden duo  Jack Aitken and Jake Dennis all slotted in between Albon and Leclerc, before Matt Parry, running on a near-empty track, clocked in the new benchmark at 1m29.087s.

But track evolution proved massive and, kicking off his second stint, Albon went to the top with a 1m28.431s.

At the same time, Leclerc, posting two session-best times, went through the gravel at Sachs, leaving the Ferrari protege well down the order in the closing minutes of the session.

However, he recovered with his final lap to take second, 0.078s off Albon.

Championship contender Antonio Fuoco moved up from 11th to fifth at the chequered flag, ahead of Parry and the fourth ART car of Nirei Fukuzumi.