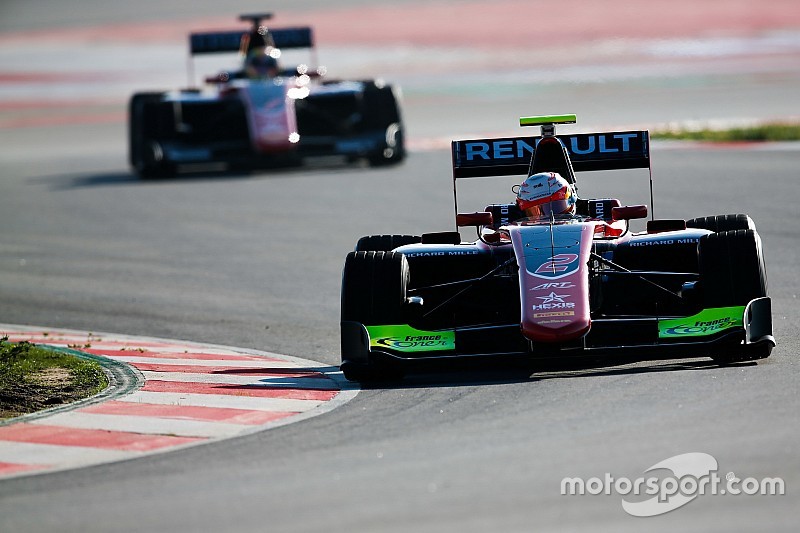 It's the second of three pre-season tests that Hubert was quickest in, after he had also topped the timesheets at Paul Ricard.

Hubert set his top time of 1m31.751s at the halfway point of the morning session, demoting ART teammate Ilott, who had led for nearly an hour prior to that.

With the order not changing in the second half of the morning session and the fastest time of the afternoon falling more than a second short, the Frenchman was left quickest when the day's activity wrapped up.

He led an ART 1-2-3, with Jake Hughes in third a further two tenths adrift of Ilott.

MP's Dorian Boccolacci was best of the rest, edging Leonardo Pulcini (Campos) out for fourth.

Giuliano Alesi (Trident) was five thousandths of a second slower in eighth, as Julien Falchero (Arden) and Niko Kari (MP) rounded out the top 10.

Alesi was fastest in the afternoon but the 1m32.901s time he set at the very end of the session was 1.2s slower than Hubert's benchmark.

Before Alesi set his time, Calderon had led the way for most of the session.

Alessio Lorandi's Trident having a mechanical failure in the morning was the cause of the only red flag of the day, the Italian only clocking three laps during the day.